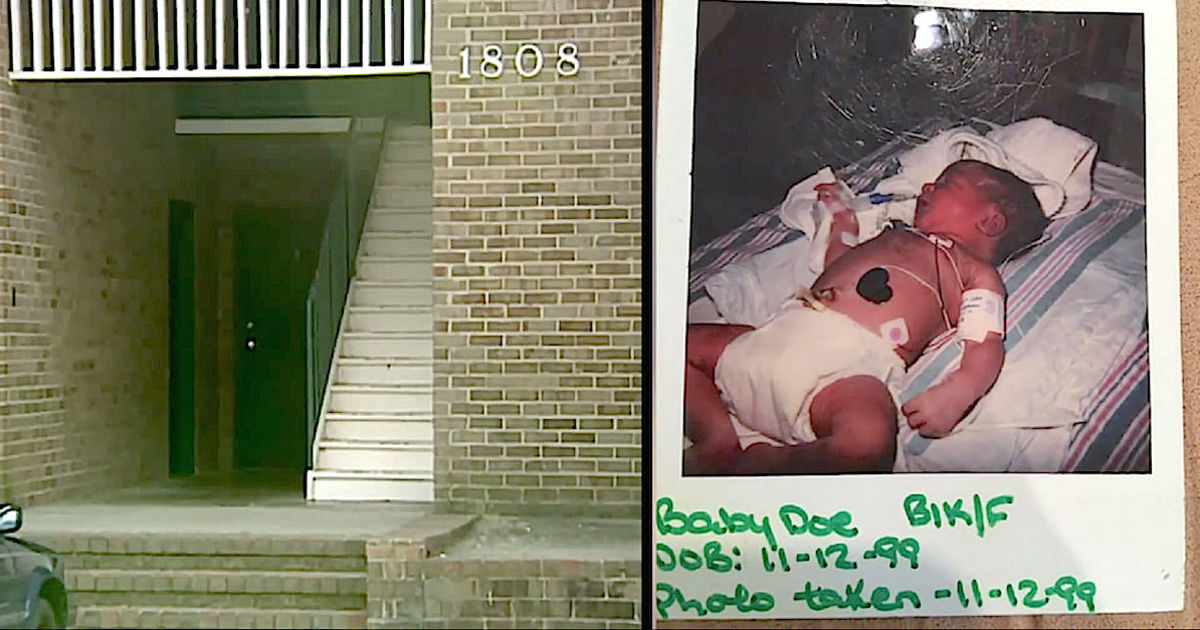 She immediately noticed something strange. She saw a bundle of sheets beneath the stairwell.

At first, Tonie thought it was a kitten wrapped in the sheet. But when she took a closer look, she realized it was a newborn baby girl with her umbilical cord still intact.

Tonie rushed back into her apartment to tell her teenage sons, Willie and Ricky.

One of the boys, Willie, called the police and an ambulance, and Tonie hurried to the emergency room with the baby.

It was a shocking event for everyone involved. The media reported on the mystery of Baby Doe, as the child was called. And after a few months, Tonie’s life returned to normal.

But her sons couldn’t stop thinking about that baby. What happened to Baby Doe?

It wasn’t until 2017 when local TV station FOX8 broadcast a feature about “Baby Doe” that things started to become clear.

The TV channel dug up documents that showed that the girl had been adopted when she was six weeks old. Her name was Angel Thomas.

By chance, Willie saw the segment about Angel on the news and told this his brother, Ricky, and his mom, Tonie.

Tonie was excited. She immediately called the TV station hoping somebody could help reconnect her to the now 17-year-old Baby Doe.

Meanwhile, details about the abandoned baby girl came out.

It turned out that the baby’s biological mother, Rochetta, got pregnant at the age of 13. Rochetta lived in an abusive relationship with the man who raped her.

According to Rochetta, the man attacked her immediately after she gave birth to the child. He kidnapped the child and brought the baby to an apartment complex in the middle of the night — where Tonie would find her a few hours later.

Rochetta was convinced that her daughter had died, but she never stopped thinking about her child.

And even Rochetta happened to watch the news about Baby Doe on FOX8.

Watch the video below to see how this particular mystery was solved, and see the emotional reunion that eventually took place:

It certainly is a fascinating story, right?

Imagine what emotion this must be — thanks to many loving and kind people, this ended well!

Please share this heartwarming story on Facebook if you want to spread some light and hope among your friends.