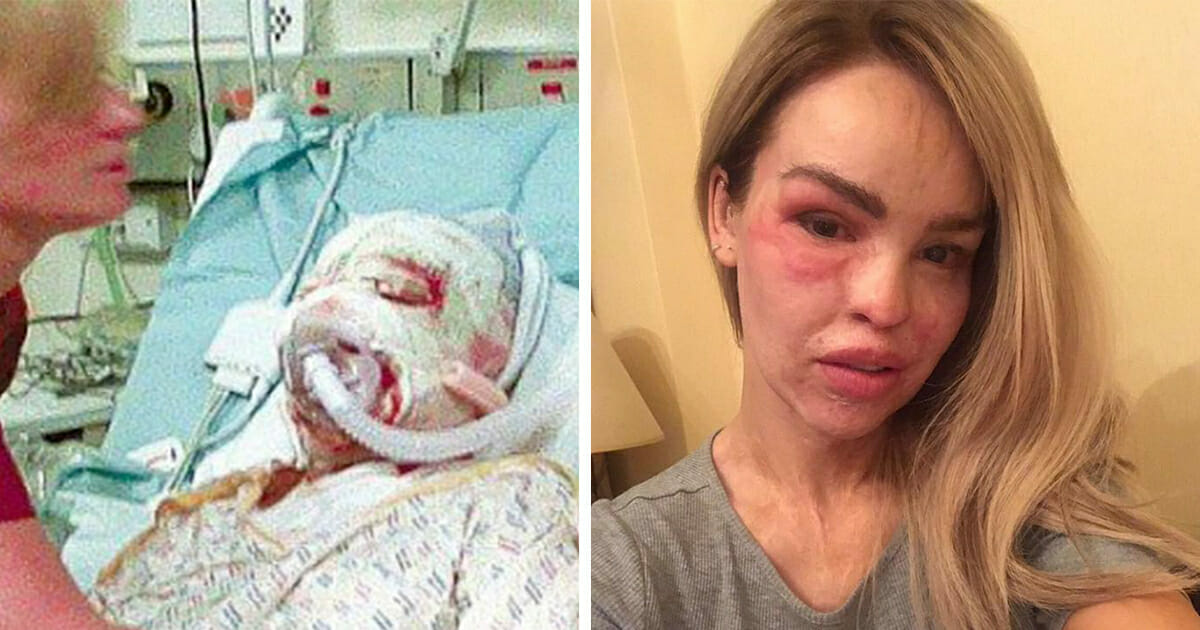 Men committing acts of violence against women is societal problem that unfortunately rears its ugly head far too often.

The amount of women the world over subjected to abuse and trauma every single day doesn’t even bear thinking about; the number is shockingly high.

Some never recover from said abuse, some are left broken shells of the people they were. That said, there are also those like Katie Piper, who try to use their own terrible experiences to inspire and embolden other women facing similar things.

Katie’s life was changed in a tragic event back in 2008, the effects of which have haunted her ever since. The man who was supposed to care for her did something unspeakable; something that would shatter everything she thought she knew to be reality.

At the time, Katie was working as a model and TV presenter. She’d been dating David Lynch for around two weeks before he did something no one could have predicted. He drove her to a hotel room and raped and beat her, threatening to cut her with a razor and hang her.

Then, two days after the hotel attack, having bombarded her with messages and calls of apology, Lynch convinced Katie to go to an internet cafe and read a message he had sent her on Facebook.

Little did Katie know that Lynch had hired another man to throw sulphuric acid in her face when she arrived there.

The vicious and unprovoked attack left Katie blind in one eye. She suffered serious burns to her face and torso and required immediate medical attention.

British newspaper The Sun claim she was forced to spend two months in hospital after the attack. During this time, Katie underwent a total of 40 surgeries. To heal and protect herself from infection, she had to wear a protective mask around the clock.

And yet Katie showed immeasurable courage. Just one year after the attack, she started the Katie Piper Foundation, an organization established in the hope of supporting burn victims who had, amongst other things, been subjected to acid attacks.

And Katie didn’t stop there. To ensure her influence went further, she started a career as a filmmaker. She made a documentary that won prizes and featured as a guest on several prominent TV shows to talk about the trials and tribulations of her journey.

On a private level, Katie was also able to find love and peace. Eight years after Lynch’s callous and cowardly attack, Katie got married to Richard Sutton. Together with him, Katie has a little daughter named Belle.

“I feel so lucky to have met my husband – he’s a gift from God. He’s an amazing person who changed my life for the better,” Katie told the Daily Mirror in 2016.

“He has given me our daughter and it’s one of the best things that has happened to me.”

So how did Katie reforge her live after everything that had happened to her?

She’s the first to admit it’s not been an easy process. In the end, it was a change to her mental state that helped the most.

“I spent three or four years putting all these barriers in the way,” she said, as per the Mirror.

“I’m probably still guilty of it when I have a crisis of confidence. In those early days I created barriers in my head about not being able to get back to work or not feeling attractive.

“When I was single and dating my now-husband, I thought ‘he’ll never fancy me. This is going to go wrong. He won’t like me. What’s the point in going?’.

“My experiences have taught me that confidence and happiness are life choices. It’s not luck.”

Today, she lives her life to its fullest extent. Not only is she a beloved wife and fantastic mother, she’s also proven herself courageous beyond measure.

Please share this article on Facebook so that more people can have the opportunity to pay tribute to a truly inspiring woman.