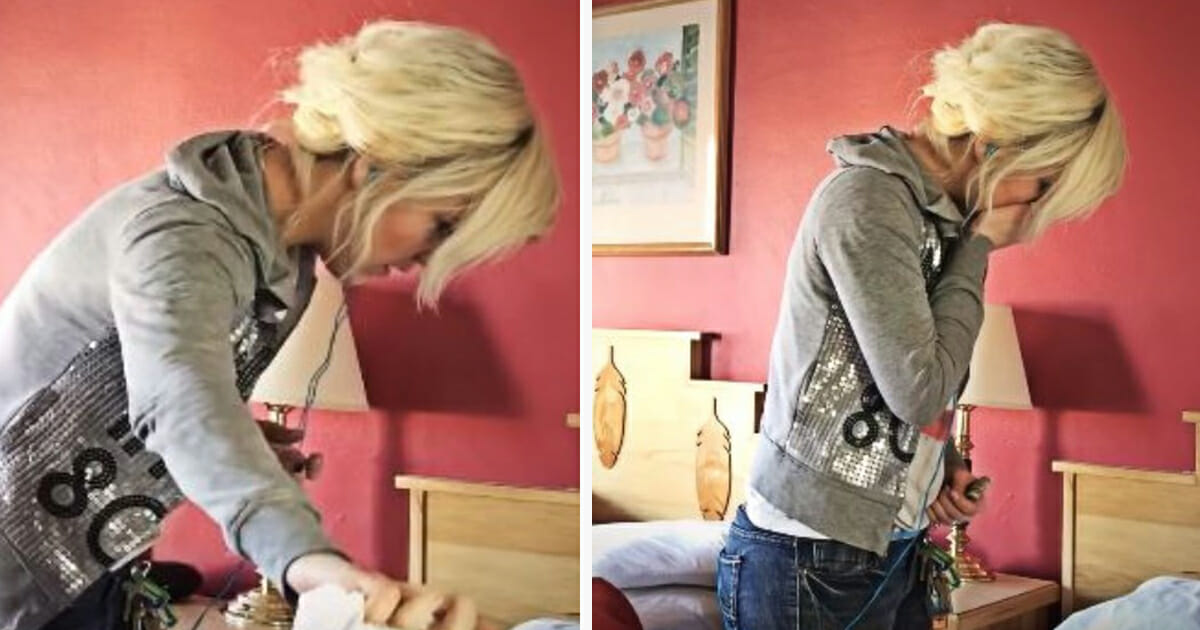 Cleaning up after people might not be the most glamorous job in the world, but it’s certainly an important one.

Arguably nowhere is this more pertinent than in places like hotels, where cleaners quite literally transform rooms on a regular basis so that the next customer can enjoy the stay they deserve.

But, let’s be honest, having a clean and tidy hotel room is something we expect upon arrival. I’ll admit, I’ve hardly ever even given a thought to the people who have prepared my room.

Fortunately, there are those who take into consideration that someone has gone to lengths to make their room neat and tidy – and most probably for little money. Meet Kyle Oreffice and Josh Gibson …

The two men like to make videos that lean towards the ‘prank’ section of the internet.

You’ve seen the sort, right? Someone sets up a hidden camera and catches unsuspecting people doing something that usually renders a hilarious reaction.

Except Kyle and Josh’s videos aren’t focused around humiliating people or filming them doing things they wouldn’t want people to see. Instead, the pair embrace the surprise element in their videos, but in a way that’s more likely to bring tears of joy to your eyes.

They started a YouTube channel named Give Back Films, and produce videos wherein the people they’re filming don’t know their basically contestants in a game show.

In the video in question, they left a $500 tip for a hotel maid at a motel near Park City, Utah – where the Sundance Film Festival takes place every year. In a bid to protect her privacy, Kyle and Josh don’t identify her, but that doesn’t change how powerful the video itself is.

First, the guys messed up the room. They unmade the beds, rolled around in the sheets and basically made the place look ‘lived in’.

After they’d left, the maid went in to clean the room as usual, completely unaware of the surprise Kyle and Josh had planted.

Watch the video below to see the heartwarming moment she comes across the $500:

It’s little things like this that allow me to maintain my faith in humanity.

If you, too, think Kyle and Josh’s actions are worthy of praise, share this article to spread the story!