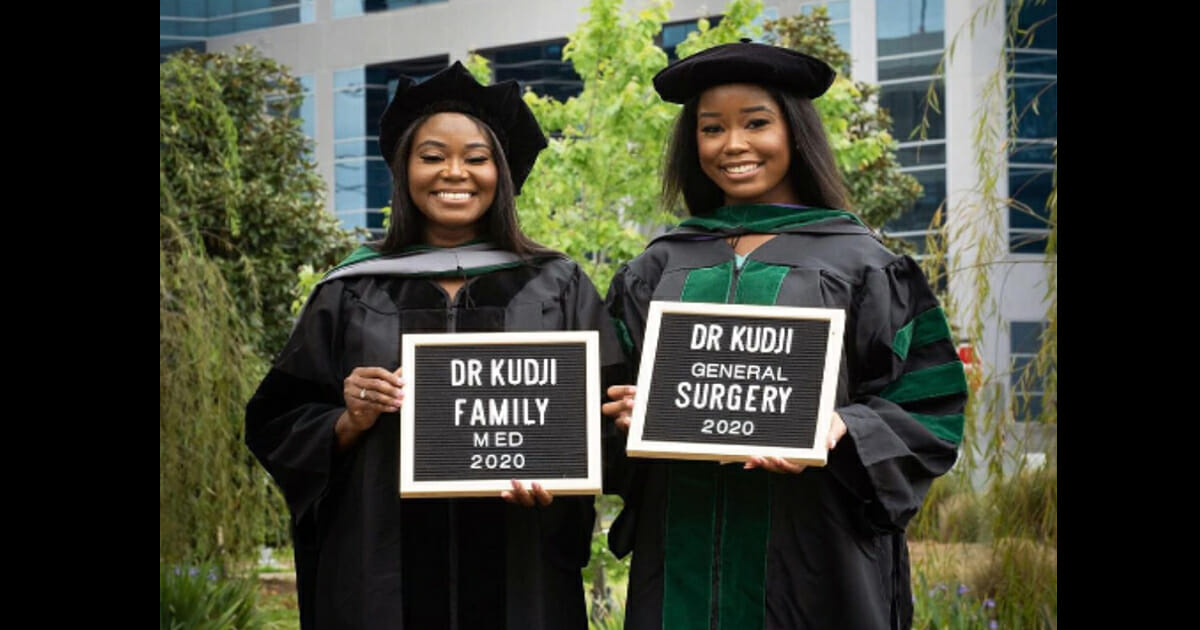 A mother-daughter duo have made headlines after graduating from medical school at the same time.

As per reports, Dr. Cynthia Kudji Sylvester graduated from University of Medicine and Health Science on the Caribbean island of St. Kitts just as her daughter, Jasmine Kudji, managed the same feat in the U.S.

Kudji was born in the village of Kenyasi in Ghana, but came to the U.S. when she was just two years old. She’s harbored dreams of becoming a doctor since she and her mother were asked to help a sick child in a village where no physician was available during a trip to Africa when she was young.

“We put the child in water, trying to get the temperature down, and that’s pretty much all I remember,” she explained the UMHS Endeavor.

“The last thing I did was ask how the child fared and she was like ‘I don’t think the child did very well’ and I just remember being so frustrated that the mom had to come to a complete stranger to get access to health care.”

While studying at Tulane University aged 22, Kudji fell pregnant with Jasmine and so had to put her dreams on hold.

“I needed to bring in an income,” she said, as per TODAY. “And so that’s where being a nurse came in.”

Kudji spent eight years as a registered nurse before returning to school to become a nurse practioner.

She said: “When Jasmine was in college, I was like, you know what, this is the perfect time for me to pursue my dream of being a physician.”

In 2013, aged 43, Kudji enrolled at University of Medicine and Health Sciences.

Her daughter Jasmine, meanwhile, started medical school herself in 2015, immediately after her undergraduate studies to Louisiana State University.

Though they were miles apart, they spurred one another on with daily Skype calls during their studies.

The pair recently received the fantastic news that they’ve earned matching residencies within the LSU Health System, just two hours away from their home state.

“My mother is the most inspiring person in my life, and she is one of the only reasons I was able to make it to where I am today,” Jasmine told the NRMP.

What an inspiring story. We’re sure both of these incredible women will go on to have great careers doing what they love.

Share this article to congratulate Cynthia and Jasmine Kudji!