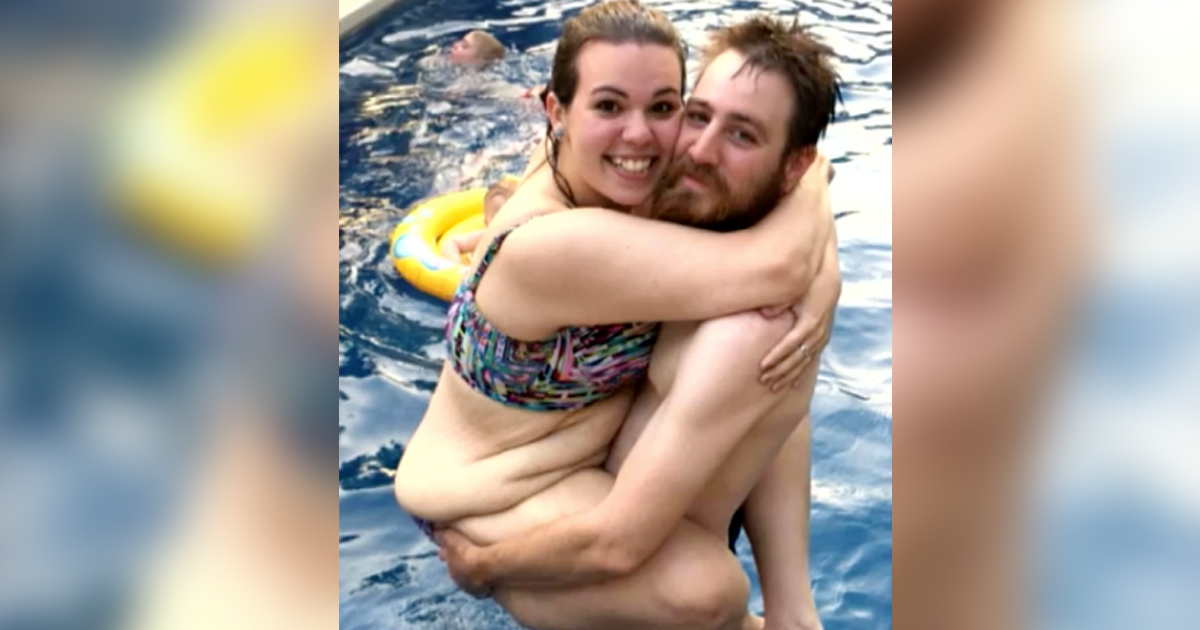 Jordaan Kirkham thought long and hard about whether to post a photo of her and her husband in swimming attire on her Instagram account. It felt strange to put herself out there publicly, but at the same time, the picture had a special meaning to her.

In the end, she went for it – and included the explanation of why the image was so important to her.

Within days, her image was seen and shared by thousands – and Jordaan is now being hailed across the world.

Jordaan has been overweight as long as she can remember. A year ago, she decided to lose weight for her and her children’s sake.

“I want to be around for my kids as long as possible, and do activities with them,” Kirkham told Inside Edition.

Today, Jordaan has gone down 130 pounds – and weighs less than she has for a very long time. But her rapid weight loss has also caused her to have very loose skin around her stomach area in particular. She’s often joked about it but preferred to conceal her body from the public.

While the picture meant a lot to Jordaan, she hesitated to publish it because of the loose skin around her stomach that it exposed.

“This is real. This is what happens when you’re overweight all your life,” she said. “I didn’t move my skin to the side or angle it.”

Jordaan lost weight by maintaining a healthier diet and exercising at home with the help of exercise videos on TV. Today she weighs 173 pounds, and despite the hanging skin on her stomach, she is very happy with her body and how she looks.

She now hopes that her story will inspire others who want to lose weight and live a healthier life. But she also adds that she wants everyone to feel comfortable in the body they live in – whether they are thick, thin or carry loose skin.

I’m so fond of Jordaan’s picture! It shows so much more than the skin on her stomach – it shows happiness and joy over being lifted by her husband in the pool.

Please share this story to pay tribute to Jordaan.