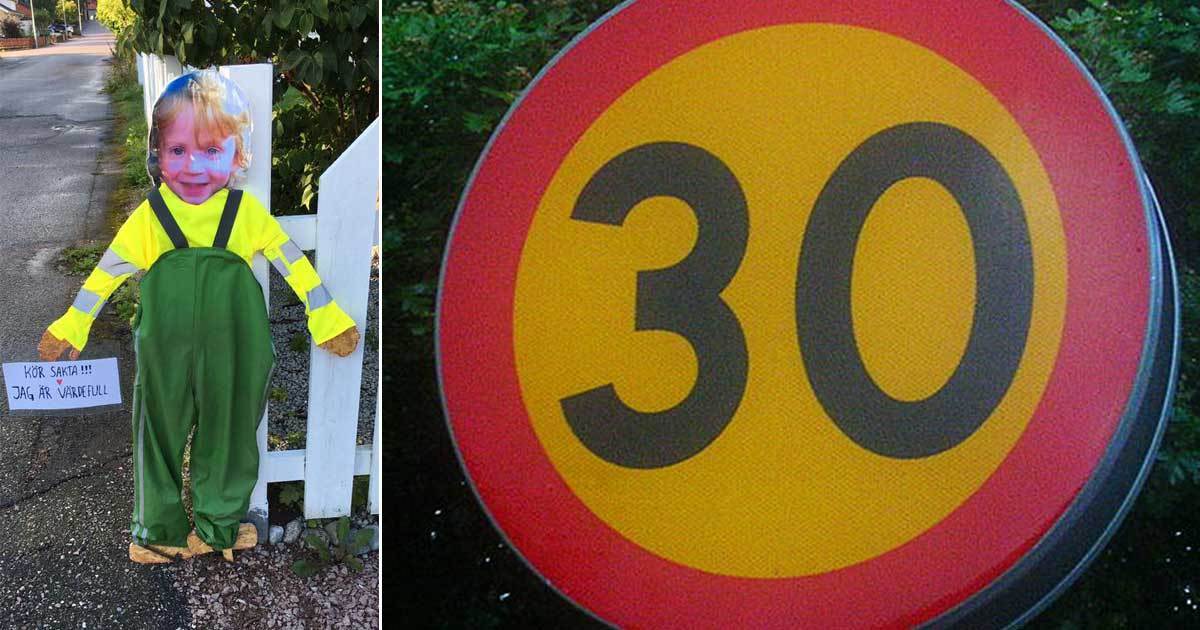 A quiet suburban neighborhood in Sweden recently turned into a nightmare for parents of small children.

Drivers refused to follow the area’s 20 mph speed limit (30 kpm) and instead zipped along the residential streets so fast that a mom named Linn Bark feared for her sons’ safety.

As cars started ignoring the neighborhood speed limits, a Swedish mom named Linn Bark didn’t dare leave her 4- and 6-year-old sons alone in the yard. She feared they might forget her warnings not to run out in the street, and meet an unthinkable fate.

With the constant threat of danger, Linn soon became fed up and put up a homemade road sign that has actually gotten drivers to slow down.

Since then, Linn took to Facebook and wrote, “I’m so annoyed that people drive like madmen on our street even though we live in a residential area. So I did this. Now maybe people will be startled when they drive by and slow down a little. I really hope so. The kids insisted on having their own faces on the sign.”

The sign consists of a full-scale photo of 4-year-old Oliver on one side and another one of 6-year-old Elliot on the other. The boys even wrote on “Go Slow!!! I’m valuable” in their own handwriting on the sign.

Linn’s post quickly took off on Facebook and other parents loved her idea. And drivers in Linn’s neighborhood has have started to realize the dangers of speeding.

“There’s a clear difference. People drive a lot slower through here now. We have two schools and a kindergarten in the area and many parents who drive their children unfortunately seem to ignore the speed limit. Many people drive much faster than that,” Linn told a Swedish news site.

Please share Linn’s idea so more people can see it and protect their own little owns!