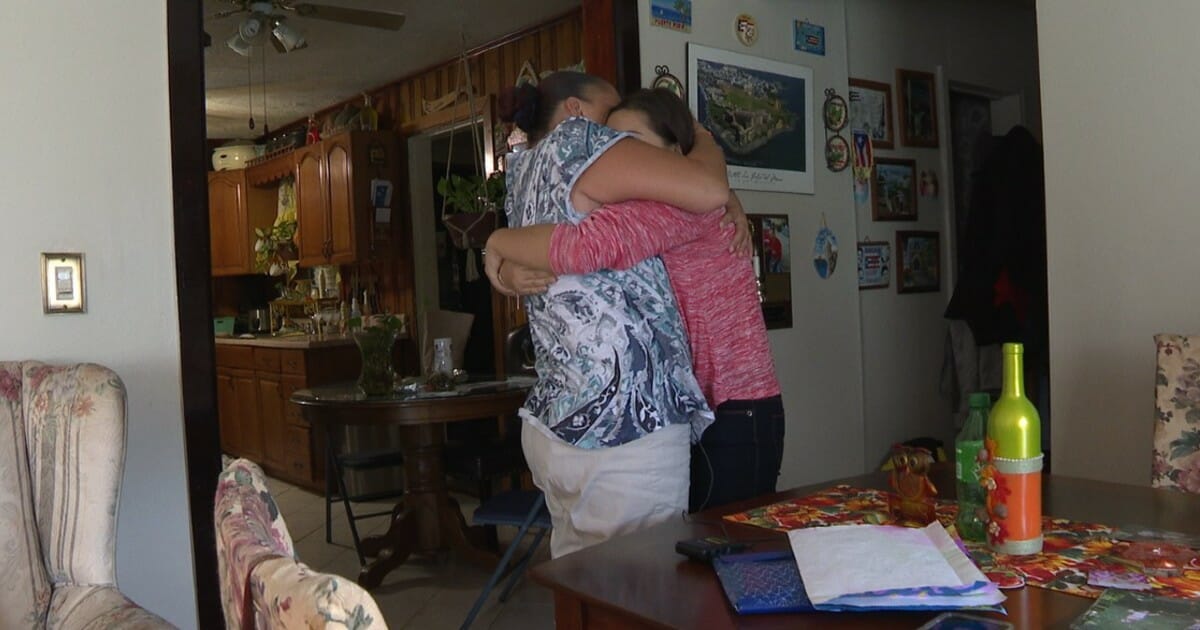 A mother and daughter are back together again after 10 long years apart.

When Cinthya was just five years old, her father abducted her and fed her lies about her family. She eventually escaped as a teenager, and with the help of an orphanage in Nicaragua, she was able to reunite with her mother, who never gave up hope of finding her baby girl.

In 2009, Cinthya’s father reportedly abducted her. At the time, the five-year-old’s mother, Kadisha Montanez, was in jail.

Montanez never went to the police because the girl’s father threatened to make her disappear if Montanez ever looked for her.

For years, Cinthya lived within miles of her mother.

Neither mother nor daughter knew it, but for six years, Cinthya and her father lived in Lawrenceville, Georgia, just one county over from her mother in Doraville.

But after six years of living in Georgia, she went to live with her step-grandmother in Nicaragua. Eventually, Cinthya escaped and ran off to an orphanage.

The nuns at the orphanage helped the girl, who grew up listening to lies about her family, find her mother.

One day Montanez received a message on Facebook–she thought it was a scam. But it wasn’t a scam. The message was from a nun at the orphanage in Nicaragua where Cinthya had lived for the last year.

It wasn’t until they continued talking and the woman on the other end shared several personal details about Cinthya that Montanez believed her daughter had finally been found.

After gathering all the necessary documents and making the proper arrangements with the U.S. Embassy in Nicaragua, Cinthya was able to come home.

A reunion 10 years in the making

After 10 years of being apart, Cinthya finally reunited with her mother and the rest of her family.

“The story that my dad told me was that my mom abandoned me, and he told me, ‘They don’t love you, they hate you,'” the now 15-year-old said.

But from the moment Cinthya and Montanez saw each other, it was clear everything the teen had been told was a lie.

“My cheeks hurt from smiling too much,” she said. “But it’s been the best thing.”

The family has a lot of catching up to do now, once they get Cinthya help to deal with the years of abuse and neglect and get her started in school, they plan to take a long family vacation.

Cinthya’s father took her away from her mother and robbed her of her childhood. I’m so glad Cinthya was able to reunite with her mother, even if it took 10 years.

I hope they will be able to catch up on all their lost time and enjoy each other’s love.