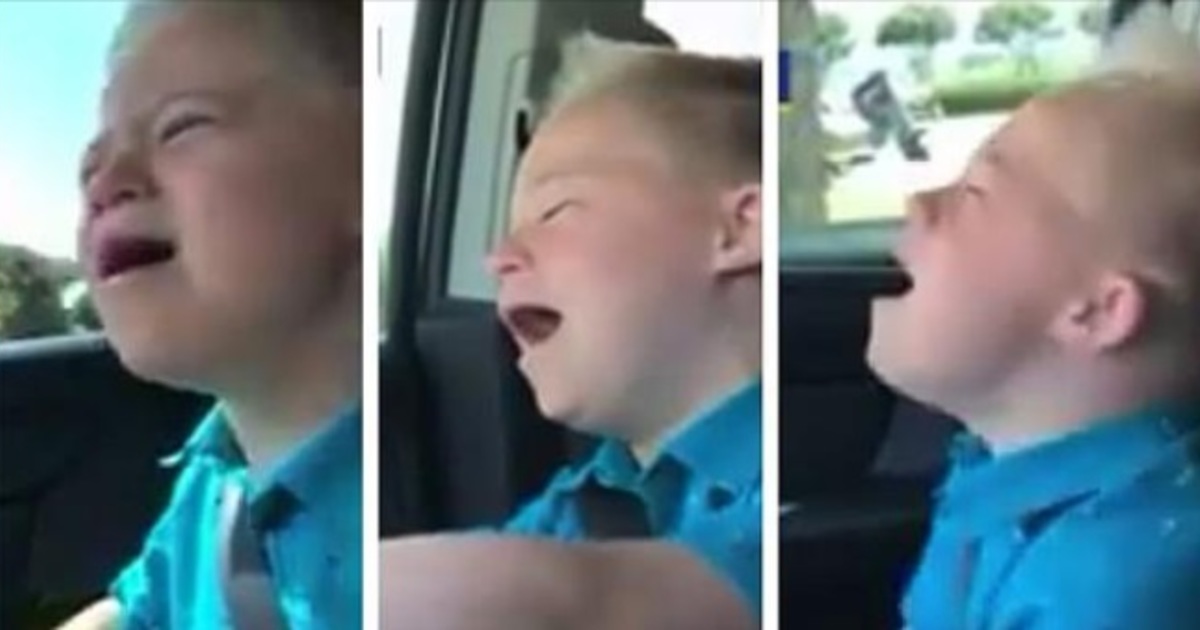 When a dad decided to film his adorable son Dane in the car, he had no idea that the film would be a viral success.

The video has been viewed over 27 million times on Facebook.

And after watching the video, we totally see why the 9-year-old has made his way into so many people’s hearts.

Dane Miller lives with his family in Texas, USA. Dane has Down syndrome and just like most children, has idols which he loves.

One of those idols is the late singer Whitney Houston.

He loves to listen to and sing along with Whitney Houston songs — usually loud and with plenty of emotion.

So you can only imagine what happened one day when he was sitting in the car with his dad and Whitney’s hit “I Have Nothing” came on.

Boy does he sing!

Dane puts his whole heart into the performance. Not only does he sing with his voice, his entire body and soul join in too.

Dane’s dad caught it all on camera and then posted the video on Facebook earlier this year.

The response has been tremendous — in just a few days, the film received over 5 million views. Today, the video has been viewed over 25 million times and shared over 300,000 times.

Dane’s lovely tribute to Whitney Houston reminds me that music can truly lift you on any occasion.

Dane is a star and I hope you will be as happy, inspired and warm in your soul to see his performance as I was.

Please share if Danes’s performance of Whitney put a big smile on your face, too!