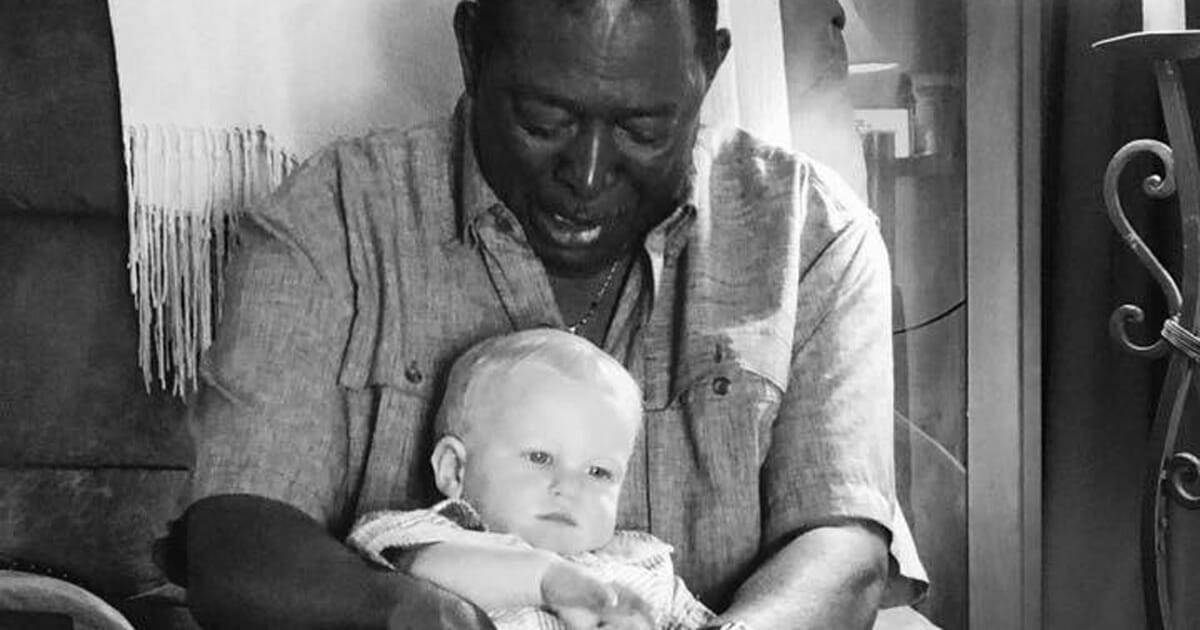 Growing up with a strong father figure isn’t a prerequisite for a good childhood, but it certainly makes things easier.

Even as a child himself, Cody Shugart knew he always wanted to be a father. With the absence of his own dad, though, he lacked a solid guiding hand, and so had to rely on the stable men around him. Fortunately for him, he had a next door neighbor who was willing to go above and beyond: Mr. Chip.

It was many years before Cody opened up about his relationship with childhood neighbor Milton West – the man he called Mr. Chip – after the photo he shared of the loving man and his boy went viral.

After seeing the success of the picture he’d shared, Cody decided to break his silence and share just why the image was so meaningful.

“So a lot of people like this picture. So I wanted to take a minute to tell the story,” Cody wrote.

Milton West was my childhood next door neighbor. I knew him as Mr. Chip. He retired from DOW chemical as an operator. He has always been there for me since I was two years old.

Growing up without a father was always difficult for me. But the Good Lord surrounded me with great men — Mr. Chip was one of them.”

I am forever grateful for God putting him in my life.

So this past May my wife and I had a little boy named Bob Wayne Shugart. When Mr. Chip and his wife Shirley saw him they fell in love with him. They babysit him sometimes and we go and visit when we can. The last time we were over there Mr. Chip said he wants to be called ‘POP.’ He says that’s his grandson.

So we had to come up with a name for his wife. We decided on Lolli!

So we tell Bob Wayne we are going to see Lolli Pop! I’m grateful that Lolli and Pop will be part of my son’s life. If he learns half of the things from Mr. Chip as I did he will become a great son, man and father.

Every day I read something negative and how race relations are worse than ever. I disagree and I hope this is a positive loving message to many people. This is just one story in little ol’ Victoria, Texas. I’m sure there are millions of similar stories across the United States.”

No sooner had Cody uploaded the picture did it prove an instant hit online. In just a few days it had been shared over 120,000 times and garnered more than 360,000 likes.

If nothing else, it proves there’s still love out there, no matter how depressing things seem to be. In today’s world it’s more important than ever to stick together and show love to our fellow humans – you just never know how strong a bond could be forged from doing so.

Well, that story certainly restored a little of my faith. It’s so great to read such a heartwarming tale of positivity.

If you think more people should love their neighbors and open up to the possibilities of connecting with others, share this article on Facebook!