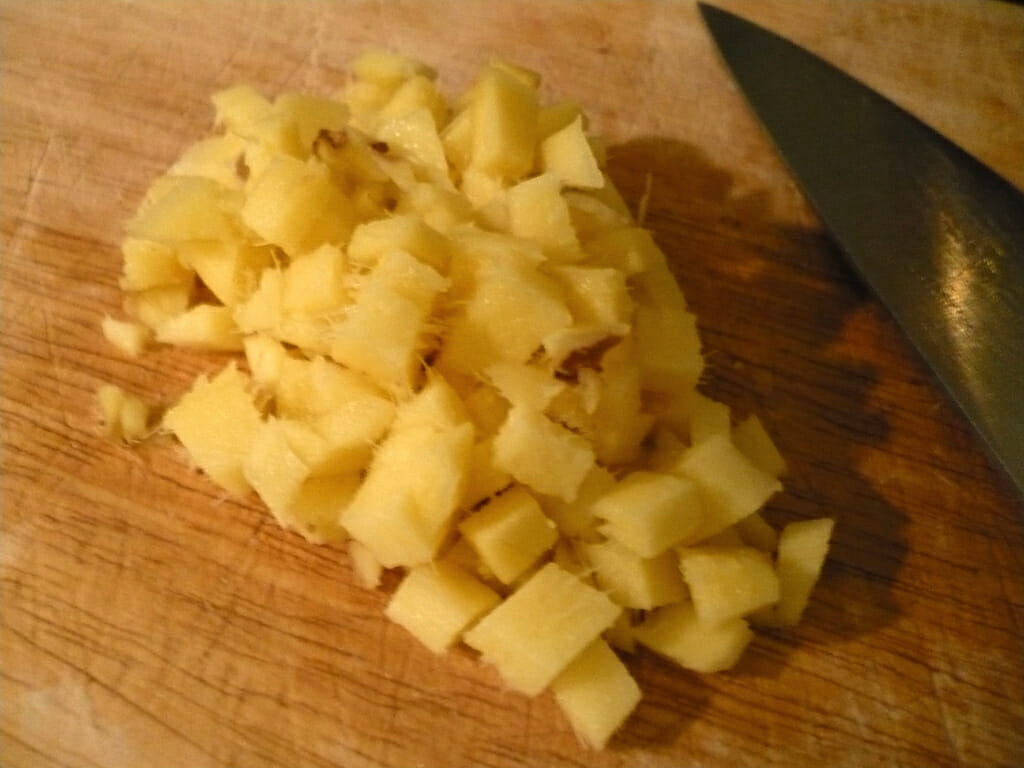 Ginger is one of the healthiest roots on the planet and can help our bodies in many ways. For centuries, people have used it both in cooking and medicine.

It’s a powerful antioxidant that has anti-inflammatory properties, making it a popular ingredient in home-made cures for fighting colds.

But there are some people who need to be wary of eating too much ginger.

The root contains major pungent compounds known as shogaols and gingerols, both of which can be extremely useful. However, having too much can mean that your liver has trouble processing the oils.

There are a few risks attached to having a high ginger intake, and, since no one should have to suffer unnecessarily, I thought I’d share them with you here so that you might make your own minds up.

Do not use ginger if you have: This might be good to know: Ginger increases blood flow in the body and can be beneficial when tackling high blood pressure and relieving muscle aches.

However, be careful not to eat the root if you have haemophilia or gallbladder disease. Ginger, in high doses, can cause bleeding and affect blood pressure medication.

Haemophilia impairs the body’s ability to form blood clots, and so can be adversely affected by ginger, according to Lei Wang, doctor of traditional Chinese medicine.

You may have heard horror stories of ginger being attributed to miscarriages during pregnancy? This continues to be passed from generation to generation, though there’s been nothing proven with scientific studies.

According to some sources, however, ginger should be avoided whilst pregnant.

Some of the chemicals in ginger are thought to be harmful in terms of fetal development; some of them have even been linked with cell death. Studies have shown how ginger can affect the uterine musculature in animals, therefore pregnant women shouldn’t consume it in high doses. 3. If you suffer from heartburn

Ginger is commonly used as a remedy for cold and flu – it’s also supposedly good for people with stomach ache.

However, keep in mind that you shouldn’t eat too much (max 2-4 grams a day), or you could cause yourself heartburn. For those who are already plagued with heartburn, eating large amounts of ginger can exacerbate the problem.

Ginger has been proven to be good for burning calories. However, if you’re already underweight and looking to gain mass, then this isn’t something that’s going to help.

The root is beneficial to digestion. A study from Colombia University – which you can read here – showed that ginger intake helped burn more calories.

Although certain studies suggest that ginger can be useful in combatting diabetes, you should take precautions when consuming it, according to Healthline.

It’s always good to be aware of the effects of ginger on things like blood sugar – always consult a doctor if you’re uncertain.

As a base rule, you shouldn’t exceed more than 4 grams of ginger per day. Although side effects are admittedly rare, it is possible that you could experience things like heartburn, diarrhoea and stomach ache if you consume ginger in large amounts.

Hopefully this information can help raise awareness on the potential problems associated with having too much ginger. I for one didn’t know about many of these.