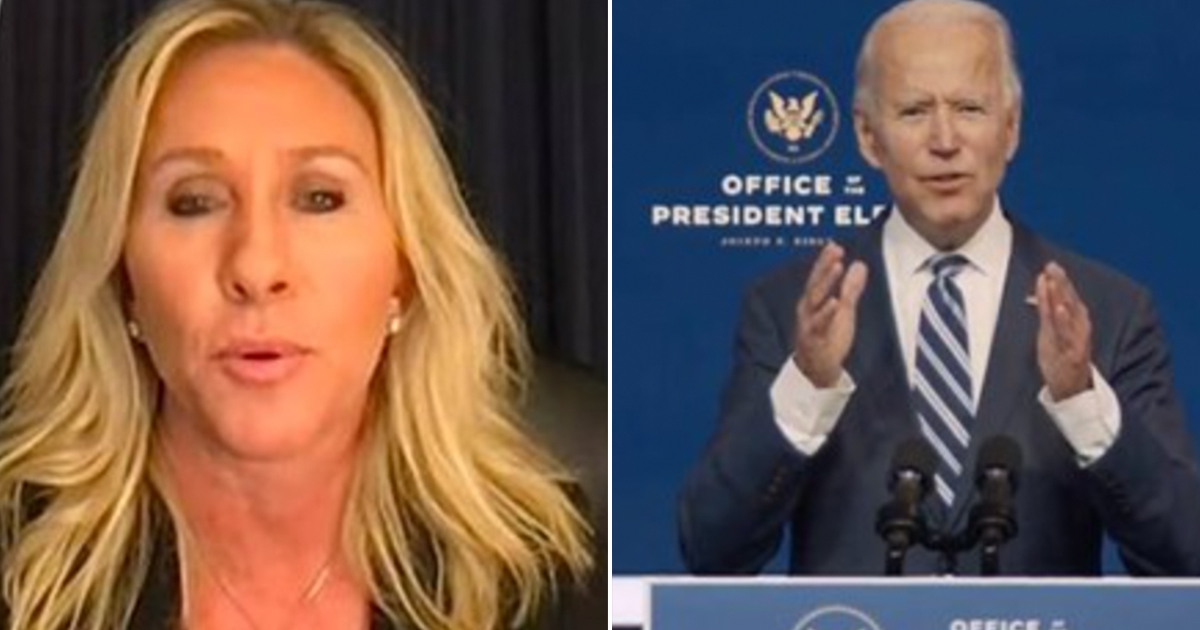 Newly elected Republican representative Marjorie Taylor Greene has stated her intentions to file articles of impeachment against Joe Biden on the very first day of his presidency.

Greene’s claim comes just one day after Donald Trump became the first president in U.S. history to be impeached two times. He’s been charged with “incitement of insurrection” following the violence that took place on Capitol Hill last week.

Now, despite the fact that the Democrats are to have a majority in both the House and the Senate, newly-elected Georgian official Marjorie Taylor Green has said she’s filing for impeachment against Biden, too.

She told Conservative news website Newsmax: “We cannot have a president of the United States that is willing to abuse the power of the office of the presidency and be easily bought off by foreign governments, foreign Chinese energy companies, Ukrainian energy companies.”

Greene has a reputation for backing Trump at every turn, and was quick to pedal his baseless theories surrounding the 2020 presidential election. She also had to be asked to leave the House Floor for not wearing a face mask.

“So on January 21 I will be filing articles of impeachment on Joe Biden,” she confirmed.

The Republican’s claims concerning her plans for Biden ruffled more than just a few feathers, with many of the opinion she is simply trying to draw attention to herself.

Yet when asked if the move was more of a symbolic one, since the Republicans are set to be in the minority under the Biden administration, Greene told shocked news host Greg Kelly:

“‘I’m a big believer in having people in office that are actually willing to do the job and I can imagine people in this country being so fearful of a future of a Biden presidency that they may be willing to commit violence like they did in the Capitol here in Washington, DC. We cannot have that, I do not condone that violence.

“The American people need to know there are Republicans in Congress that are willing to stand up and fight for them regardless of being in the minority, regardless of having odds against us.”

What do you think about Greene’s plans to try and impeach Joe Biden? Are they ludicrous? Or do they have merit?

Please let us know your thoughts in the comments box.