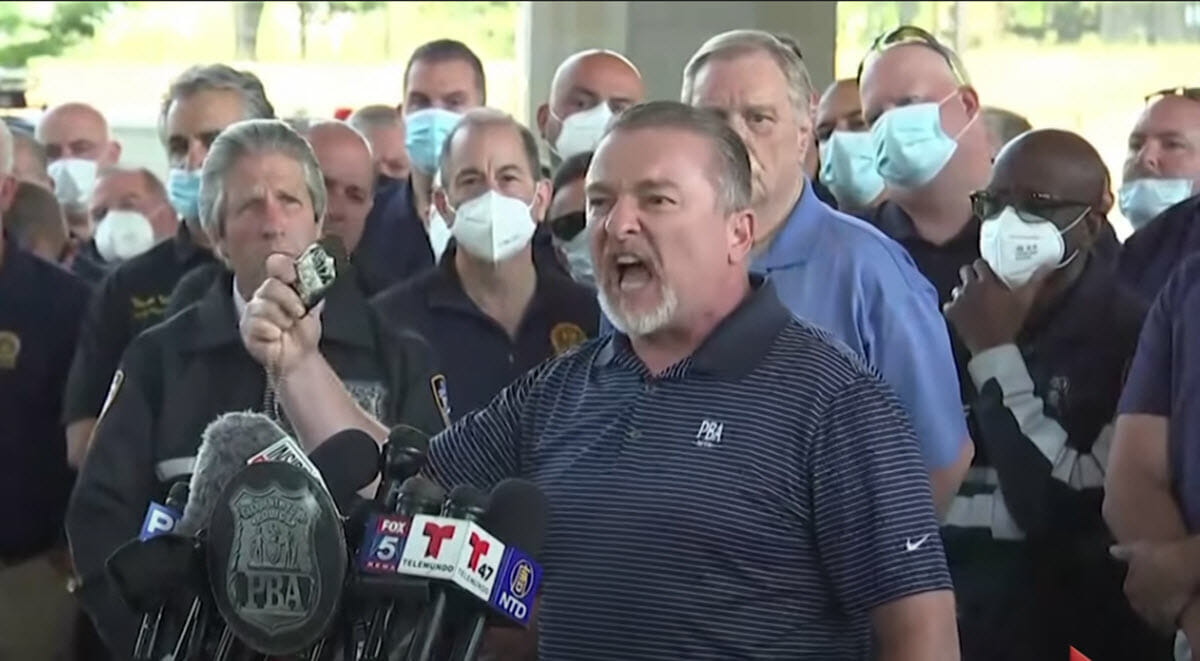 The death of George Floyd at the hands of four Minneapolis police officers on May 25 has sparked protests and demonstrations the world over.

They center around the disgraceful fact that people are still being abused and prejudiced against in 2020 because of the color of their skin.

Given the nature of Floyd’s death, there have been a number of scathing criticisms laid at the door of the police force in the U.S. Some protesters have even gone so far as to push for communities without police altogether.

While that might be a tad extreme in the grand scheme of things, it’s fair to say the vast majority of people are keen to see reforms as to how the force is structured and how their officers are trained.

That being said, not all police officers are to blame for the actions of Derek Chauvin and his three colleagues present when he knelt on Floyd for over eight minutes. Many do their best to keep their communities safe, while serving with pride, because, well, they’re truly good people.

That’s something important for people to remember, and a point Mike O’Meara, president of the New York Police Benevolent Association wants to remind people.

O’Meara this week held a press conference alongside a group of officers, arguing that cops all over America are now being treated unfairly and facing abuse from the media.

He told how it angered him to hear stories of black children frightened to walk home from school for fear of being shot by police.

“What world are we living in? That doesn’t happen. It does not happen!” he said.

“I am not Derek Chauvin. They are not him. He killed someone. We didn’t. We are restrained.

Then, raising his badge, he shouted: “You know what? This isn’t stained by someone in Minneapolis. It’s still got a shine on it, and so do theirs.

“Stop treating us like animals and thugs, and start treating us with some respect! That’s what we’re here today to say. We’ve been left out of the conversation. We’ve been vilified. It’s disgusting.

You can watch his speech in full in the video below:

Well, I know people are angry at the police right now, but the general point O’Meara is making, about all officers being tarnished with the same abuse, rings true.

The entire force should not be defined by the actions of one man. Reforms are needed, and the movements to usher in change are necessary, but disrespecting every cop isn’t the way to go.

Share this article if you support the Black Lives Matter movement and simultaneously believe that there are still good men and women working in the police force up and down the U.S.