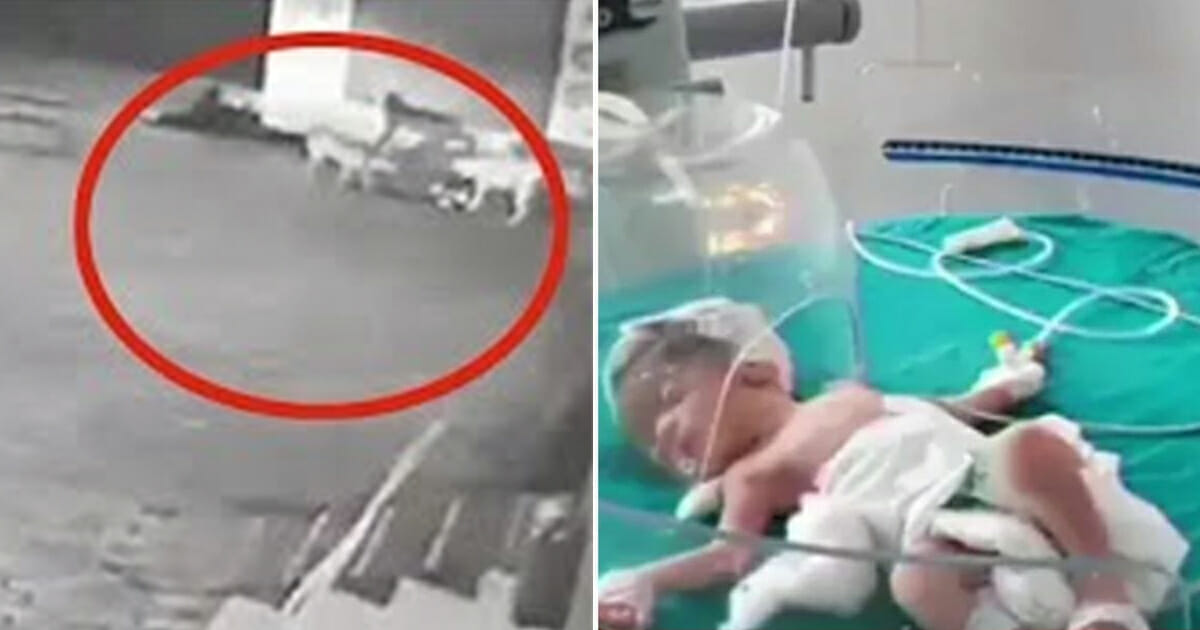 An unidentified child was hospitalized this week having been found shortly after her birth dumped in a sewer drain.

According to frightening reports, footage from a surveillance camera in Haryana, India, shows the dramatic moment a group of stray dogs heard the little girl’s cries and decided to investigate.

The footage is from July 18, and depicts the strays approaching the drain to sniff and inspect the noise coming from within …

Two of the dogs then proceed to creep inside the drain, grab hold of the infant and drag her back out into the open. She’s then found moments later by a passing motorist on a bike.

According to The Times of India, the dogs barked to attract the attention of nearby people once the baby was at the side of the road.

Thrown into drain, stray dogs save newborn girl in Haryana? A wailing baby girl was pulled out of a drain by a pack…

Passersby stopped to help, racing the little girl – whose body had been wrapped in plastic – to hospital. Doctors diagnosed her with several head injuries, but she was alive.

“We decided to keep her under observation as transit could be life-threatening for her.”

The same camera that captured the baby’s rescue was also able to capture the person responsible for placing her in harm’s way. It’s said an unidentified woman can be seen tossing the infant into the sewer before hurrying away from the scene.

Authorities are now searching for said woman, hoping to find her so that she might be brought to justice.

As per News 18, the girl is still in hospital fighting for her life.

We’re sending all our prayers in the direction of this poor baby.

Join us in doing so by sharing this article on Facebook to show your support.