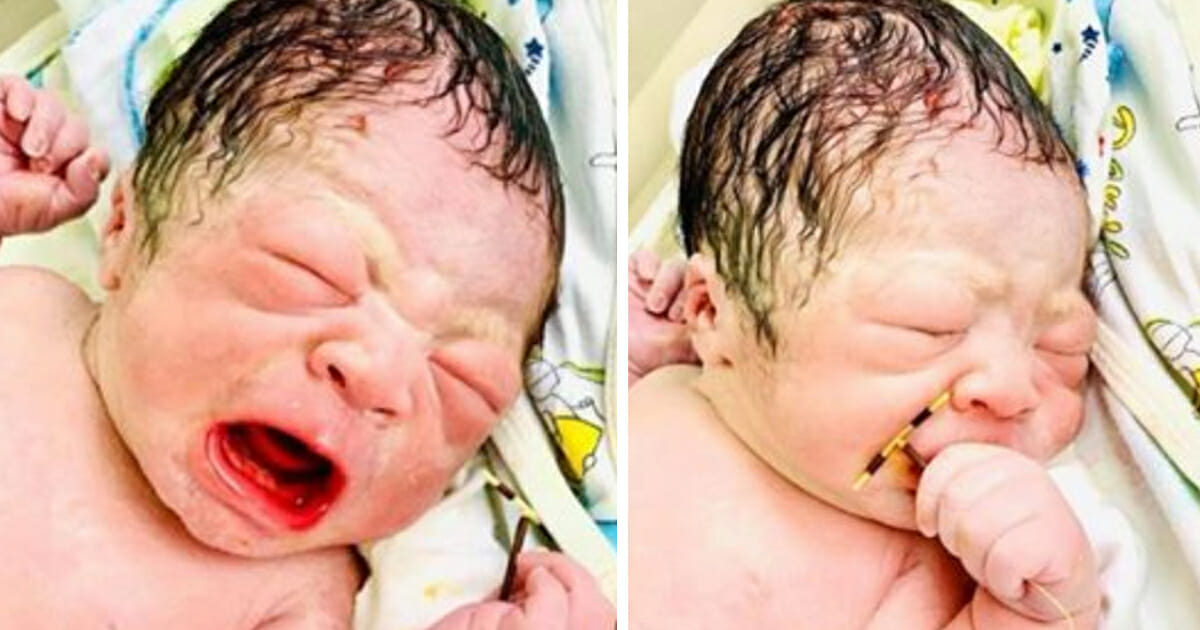 A newborn baby was born gripping his mother’s failed contraception coil, and the image of him holding it is understandably going viral.

As per reports, the 34-year-old mom – who has two other children – had the intrauterine device (IUD) inserted two years ago. Yet the device obviously failed to do its job, since she became pregnant and delivered her third baby at Hai Phong International Hospital, in Hai Phong, Vietnam.

Low and behold, her son came into the world gripping the IUD in his tiny fist.

Tran Viet Phuong, an obstetrician who works at the hospital where the phenomenon occurred, took a picture and uploaded it to the facility’s social media channels.

Needless to say, the image has quickly garnered attention well beyond the borders of Vietnam.

“After delivery, I thought him holding the device was interesting, so I took a picture,” Phuong said. “I never thought it would receive so much attention.”

Furthermore, Phuong believes that the mother’s IUD may have been dislodged from its original position, rendering it ineffective.

Nevertheless, it can be assumed she’s over the moon at having welcomed another healthy baby into the world.

What an incredible photograph, and one that certainly deserves to be seen by people all over the world!

Share this article on Facebook if you agree, and to give your friends and family something to smile about today.