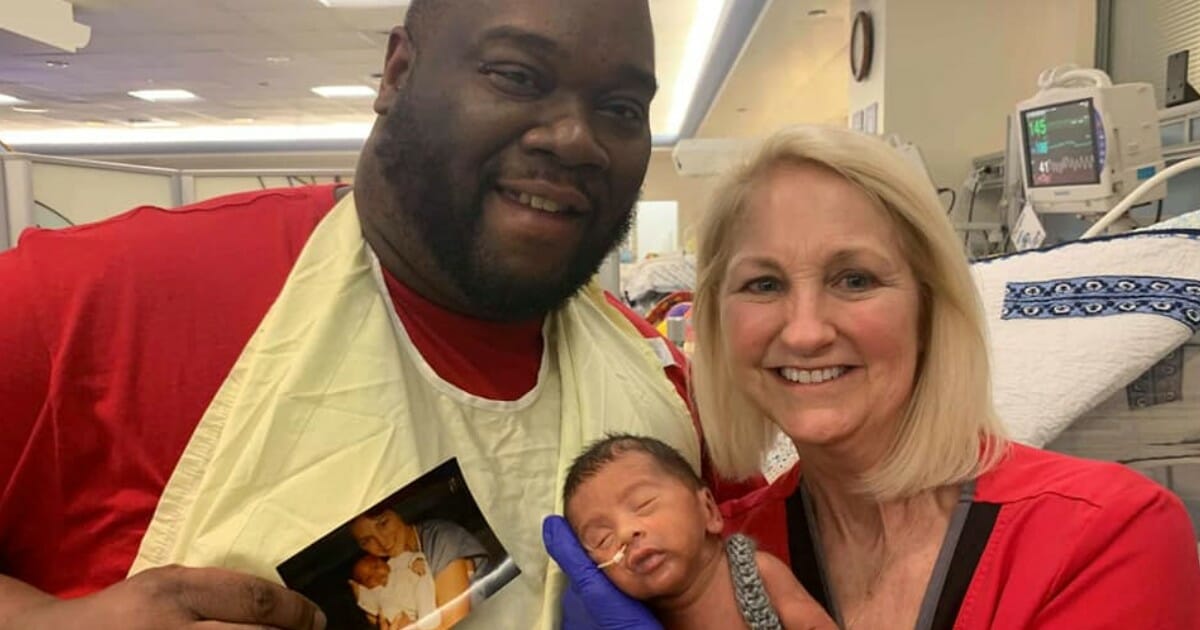 Life comes full circle for some people in some unexpected ways.

For David Caldwell, it came when his fiancée was looking through his baby book and spotted a woman she knew. Caldwell’s fiancée, Renata Freydin, believed that the woman in the photo was the same nurse currently caring for her newborn.

In a post on Facebook, Freydin said she asked Caldwell who the woman was and he told her it was the nurse who took care of him while he was in the NICU.

Caldwell was born six weeks early at St. Peter’s Hospital in New Brunswick, New Jersey several decades ago and now his own son was in the same NICU. Not only that, but his mother suspected that the same nurse who took care of Caldwell was also taking care of the couple’s son.

“Well, the reason I know her is because I swore she was the nurse that had been taking care of our baby boy for the past three days!” Freydin wrote. “David didn’t believe me.”

The couple brought the picture to the hospital to ask other nurses and Freydin’s suspicions were confirmed. On Valentine’s Day, the nurse, Lissa McGowan, was back at work treating the couple’s baby.

They couldn’t help but recreate the same photo McGowan took with Caldwell so many years ago.

“The past 2 weeks have been filled with worries and uncertainty but we can breathe easy knowing my lil nuggets nurse is the same one that helped the man I love when he was in the same situation,” Freydin wrote.

What an absolutely amazing story. I’m so glad this family knows their baby is in good hands.