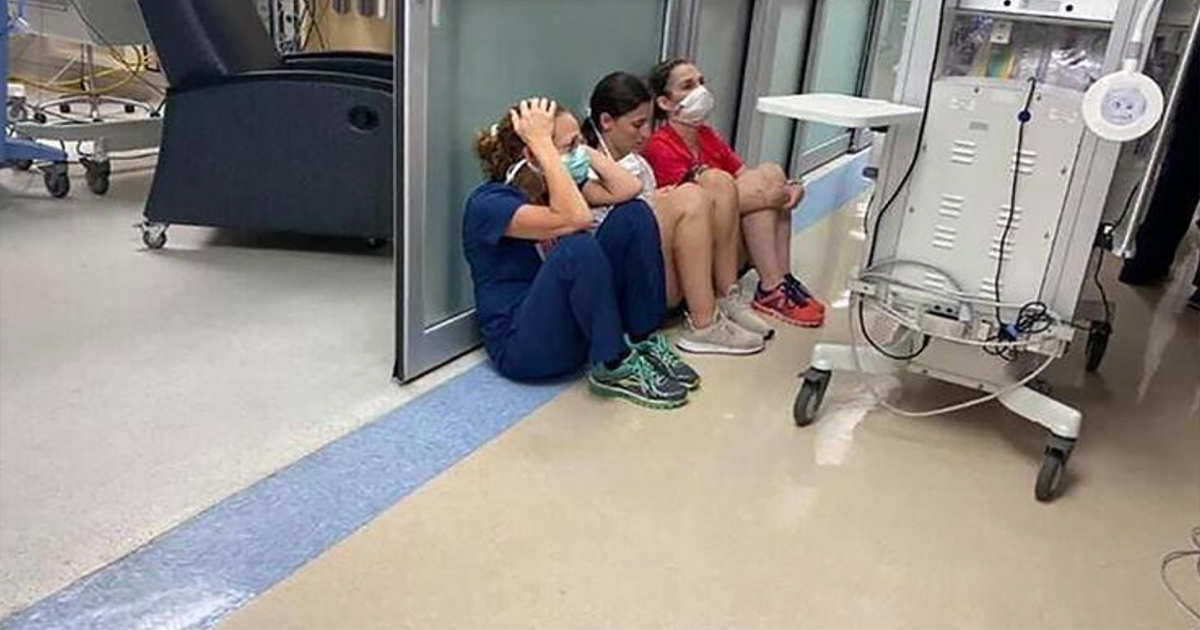 NICU nurses at Lake Charles Memorial Hospital in Louisiana are rightfully being hailed as heroes after keeping 19 babies safe as Hurricane Laura bore down on them.

As per reports, the hospital saw water leaking through its windows and was forced to turn to its emergency generators as the Category 4 storm hit. The nurses, however, held fast.

Speaking to CNN, Dr. Juan Bossano said: “It’s important to know the dedication of all the nurses and the respiratory therapists to keep taking care of the babies when they don’t even know the condition of their homes. In a small town like this, people have to pull together. I’m proud of them.”

A mandatory evacuation order had been put in place for the residents of Lake Charles, with Hurricane Laura anticipated as having the potential to wreak devastation.

Indeed, winds gusts reached 120-135mph in the city, but inside the NICU Bossano headed up a team of 14 nurses, 2 neonatal nurse practitioners and 3 respiratory therapists.

The team split into two groups tasked with caring for the 19 babies there. Some of the little ones were reportedly on ventilators and respirators – some weighed as little as one or two pounds.

“It was scary for everyone,” Alesha Alford, vice president and administrator for Lake Charles Memorial Hospital for Women, said. “When the winds got so bad, we had to move our patients into the hallways. Staff were sleeping in the hallways with patients.

Bossano posted to his Facebook page to reassure the parents of the little ones, writing that the babies were “doing better than all of us.”

Of the operation to move the babies from Lake Charles Memorial Hospital for Women to the bigger Lake Charles Memorial Hospital, which took place on the day of the hurricane, Ashford said: “We had 19 NICU babies with four on ventilators, some of them very sick, and we were out in 2 hours. I have never seen something work so quick and so smooth for something that was unexpected.”

It’s said the babies will now be transferred to other hospitals in the state of Louisiana, having survived the night.

What a heroic tale of bravery and compassion in the wake of all that’s going on at the moment.

Please share this article to pay tribute to Bossano and his team of courageous nurses who stuck with their little patients despite the obvious danger they were all in.