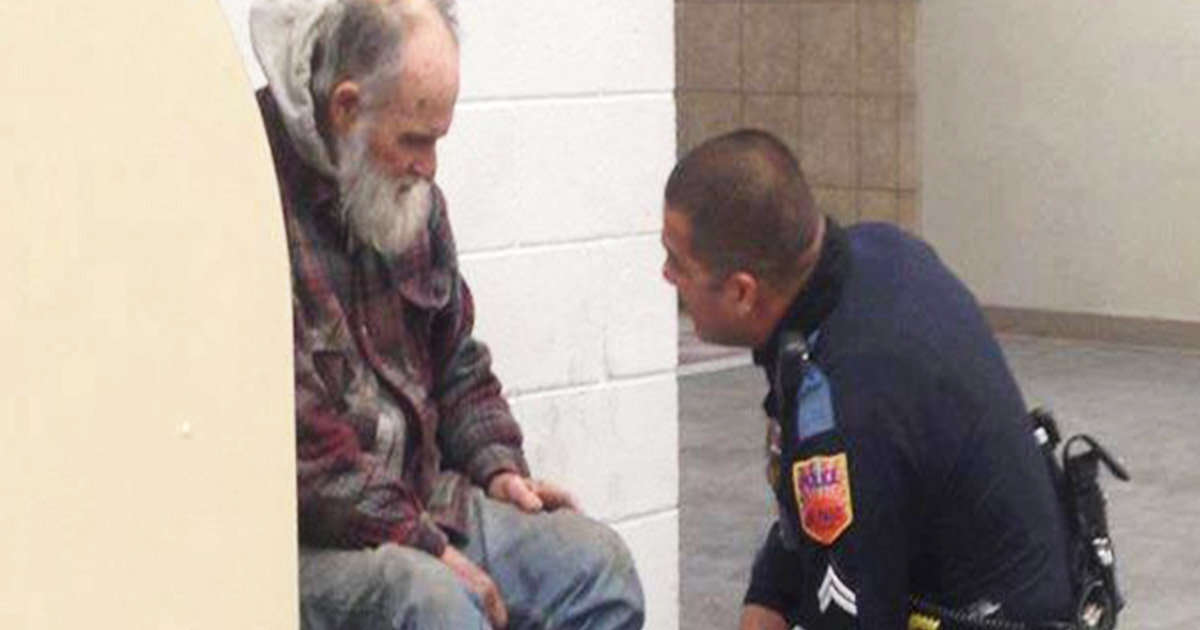 For many people, becoming homeless is their worst fear. But for others, it’s their daily reality.

One evening, a police officer was dispatched to a shop. It was closing time and a homeless man refused to leave. When the officer arrived, he got a lump in his throat. He could tell right away why the homeless man wouldn’t go outside.

So the officer went above and beyond the call of duty and did something truly kind for the man.

We all have our daily struggles. The bus comes late, dinner is a bit overcooked, we have to get up every day at the crack of dawn… But once we get even a small glimpse into the lives of homeless people, our problems look pretty small in comparison.

One evening in El Paso, Texas, officer José Flores received a call. A store was closing up shop for the day, but a homeless man inside the store wouldn’t leave.

The dispatcher told officer José that the homeless man just wanted to be in a warm, dry place. But when the store closed, the man refused to leave.

Jose got in his cruiser and drove down to the store. And once there, he immediately noticed that that homeless man was missing something. He wasn’t wearing shoes. José felt a lump in his throat and was heartbroken. So he did something that turned the whole situation around.

Without hesitating, José went into the back of the store and started pulling things down off of the shelves. When he came back, José gave the homeless man the new boots, socks, and gloves that he had just bought for him.

Someone managed to take a photo of the beautiful moment without them knowing it. Now, that picture is spreading all over the internet and people are praising officer José for going above and beyond the call of duty.

Officer José’s fine gesture warms my heart, and I’m sure the homeless man feels warmer now, too. Not just because he has new boots, socks, and gloves. But also because a stranger reached out a hand to him and touched his heart with human warmth and kindness.

Officer José is a real hero. Share if you agree!