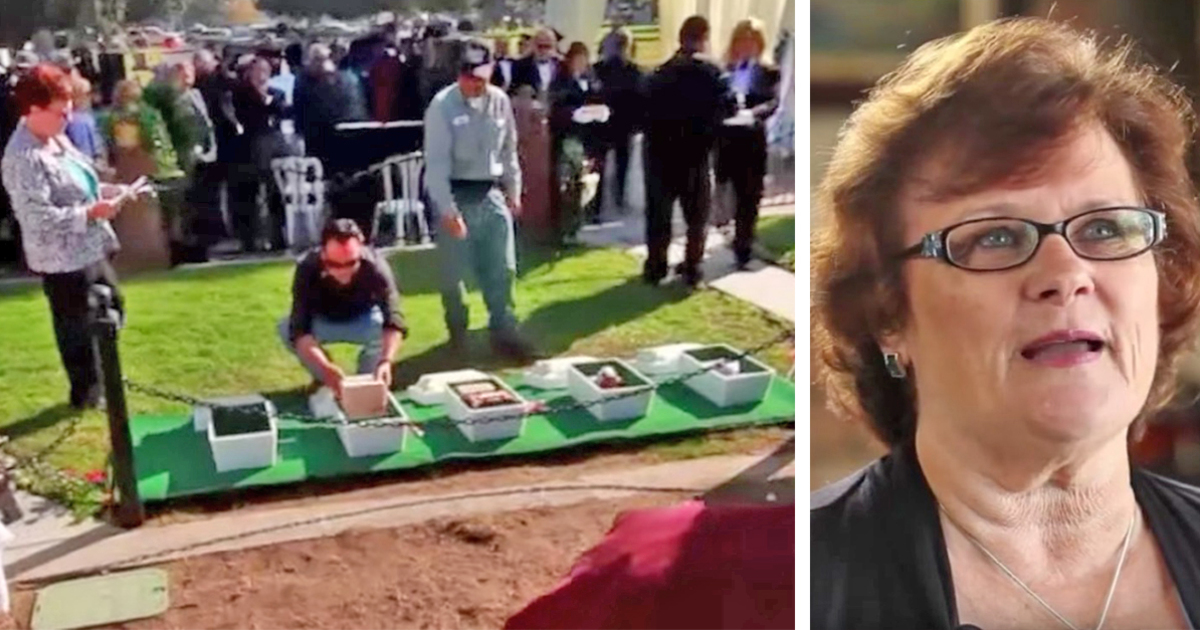 It’s not something we talk about every day, but it actually happens all the time around the world.

Infants are abandoned and left to die, after parents reject or refuse to take care of their newborn children.

Such unnamed orphans are claimed by no one. Thus, many of them end up in unmarked graves, without a proper burial or mourners.

Back in 1998, Elisa Davey was watching the news when one such case was reported. The news segment told the story of an infant who’d been discovered dead and dumped at a school. No one knew when or where the little boy had been born, much less where his parents were.

Elisa phoned up the morgue at the hospital where his body had been placed and asked if she could claim the child’s body.

“Show me that you have a worthy place where he gets a nice funeral,” was the doctor’s reply.

That’s how Elisa decided to found the organization Garden of Innocence‚ which strives to give identities to those who have not been claimed as well as a dignified funeral, with named tombstones and a proper burial.

Gardens of Innocence gives children, who would otherwise have remained anonymous, the dignified funeral that everyone deserves to have.

Elisa names each and every child. Some of the babies have met cruel fates, others have no relatives, some are found abandoned and others are complete mysteries.

Elisa, a mother herself, felt she simply couldn’t allow their souls to be forgotten.

“You get mixed feelings, knowing that we will bury a child who has been found dead in a jar,” says Elisa, and continues:

“People ask me ‘how can you bury a baby, it’s the hardest thing in the whole wide world’. And my answer right back to them is ‘how can I not?'”

If there’s anyone who deserves praise, it’s Elisa Davey.

Please share this story with your Facebook friends to show how much you appreciate her tireless work to give these nameless children a dignified burial!