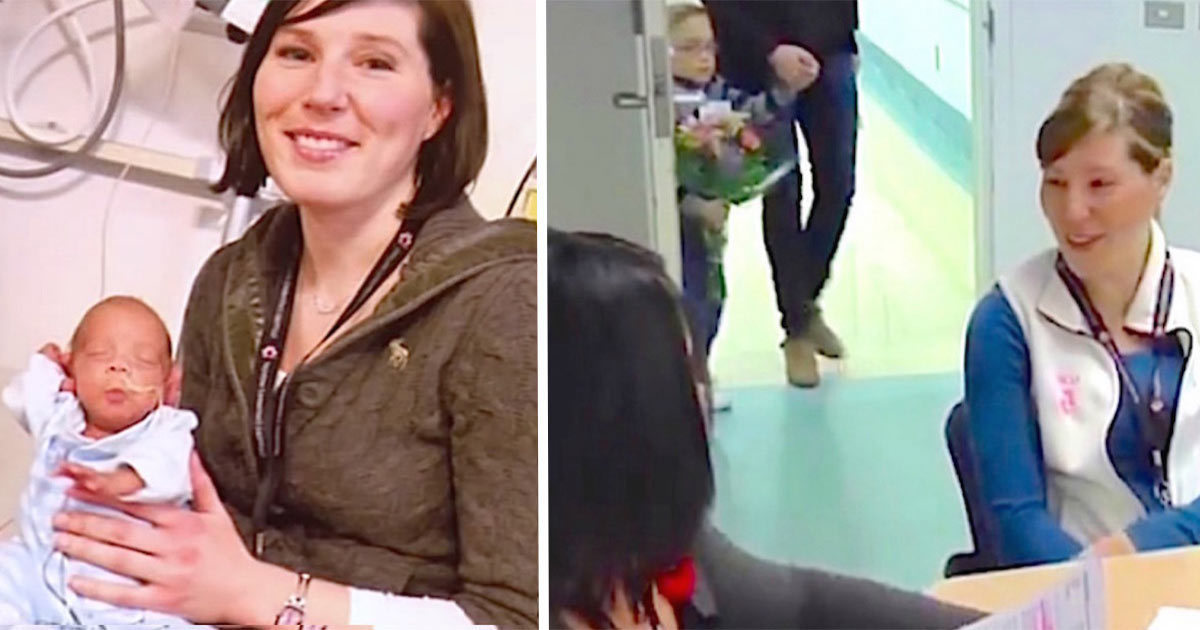 When Sarah was 27 weeks pregnant, her life, and the life of her baby, were suddenly on the line and she had to have an emergency caesarean section. Her son, Connor, was born weighing only two pounds, and Sarah fought for her life on the operation table.

Fortunately, they both survived, but Conor had to stay in the ICU for several months until he was able to go home. And that might not have been possible if it weren’t for a nurse named Gwenn, who worked tirelessly make sure Connor survived.

Then four years later, on what she thought was just an ordinary day at work, Gwenn got a special visit. It was Connor, a boy she never could have predicted would have bounced back the way he did.

Just 27 weeks after getting pregnant, Sarah had to have an emergency caesarean—and the delivery came close to ending in disaster. Both mother and baby fought for their lives on the operating table.

Newborn Connor spent two months in the ICU, and the whole time, a nurse named Gwenn stood in his corner and did her best to ensure he’d survive.

Gwenn cared for Connor and had even sewed tiny clothes for him to wear. Her hard work paid off and Connor survived. He grew into a healthy boy—and his family was determined to thank Gwenn for saving their son’s life.

Four years later, Gwenn was called to a meeting at the hospital. But it wasn’t just any other meeting…

After watching a video about the now healthy Connor, Gwenn got the surprise of her life. Standing behind her were the four-year-old boy and his family.

“I am honored. I’m touched. I’m very shocked. I’m very happy that I made such a big impact on somebody’s life like that. It means it’s all worth it. It means everything that you’re doing—you’re pouring your heart into—it really means something for the family,” said Gwenn.

Watch the heartwarming story in the video below:

Nurses do an incredibly important job, and it’s not often they get recognized for their hard work. Please share this article to help thank Gwenn and all other nurses for being the great heroes that they are.