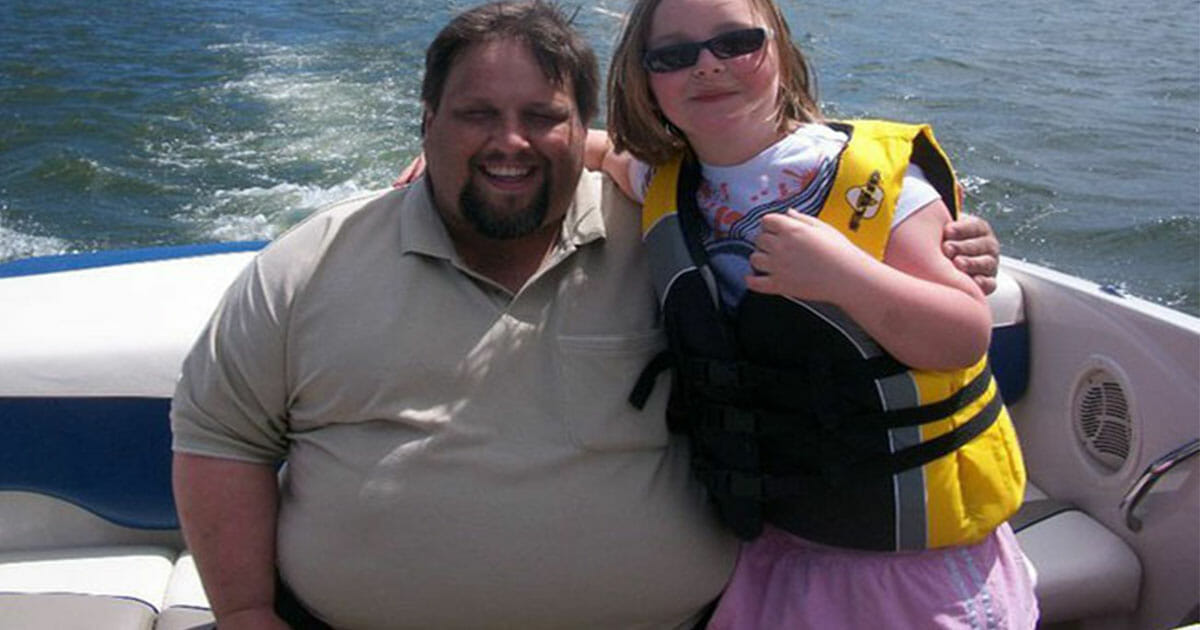 When Tony Bussey of Alberta, Canada, was evacuated from the Fort McMurray wildfire in 2016, he was so big that he took up two plane seats.

For the 567-pound dad, that was the wake-up call he needed to begin a transformation that would go beyond shocking those closest to him – it would surprise people around the world.

After being pushed straight to the front of the queue at the airport during the evacuation, Tony was given two seats on the plane – thereby preventing someone from leaving because they couldn’t fit in the chair beside him. That was that for Tony. He made a promise to himself … and boy did he stick to it.

Tony’s moment of shame may have been the tipping point, but it was hardly the first time his weight had caused him trouble. At that point, he was so obese that he struggled each day to do things as simple as putting on his socks and walking to his car.

And yet, the man himself knows that the eye-opener came on the day he was forced to evacuate his home and board a plane away from the wildfire that caused so much devastation.

Immediately after the evacuation, Tony began his transformation. On his first night at the temporary hotel he was staying in, he peeled the skin from his chicken and replaced fries with veggies. The change had started.

“Seeing people having to wait because I was too fat to sit next to, that was it for me,” he said.

Before long, he was walking every day. A gradual increase in distance covered each time, coupled with a careful eye on what he put in his mouth, saw Tony shedding the pounds.

And now? Now, Tony’s planning to run a marathon. In two years, he’s made quite the unbelievable change.

Just look at these pictures:

The above was Tony at his heaviest. Then he started to put in the work. The result?

And now for the kicker …

Quite literally, wow. As aforementioned, Tony’s next goal is to run a marathon. He credits the fire for having saved his life: “The fire, for all the destruction, and for all the hell that it caused… it saved my life.”

He’s also looking to remove the 20 to 30 pounds of excess skin he now has left over from his transformation.

Congratulations, Tony! He’s living proof of the changes you can make to your own body – or indeed any aspect of your life – if you apply yourself and remain dedicated.

Share this story if you were amazed by the difference in Tony’s pictures! Let’s help spread the word and show everyone that this sort of thing is achievable.