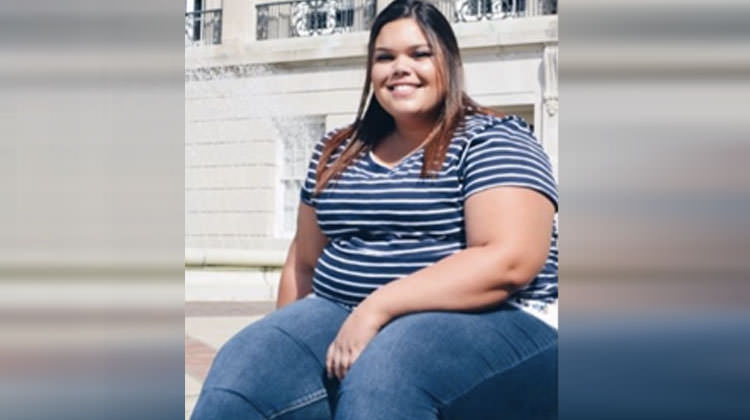 A year and a half ago, Jessica Beniquez ate fast food every day and spent hours in front of the TV.

“I laid in bed watching series after series on Netflix. All I did was eat, go to work, and watch my shows,” she says.

But a year ago, Jessica decided that enough was enough, and she took the first steps on her inspiring journey.

Being overweight is both difficult and unhealthy, but it can be incredibly difficult to break the pattern and change your life. That’s why I think stories like Jessica’s are worth highlighting — because they show that weight loss can be done!

The first habit Jessica changed was to stop eating fast food. It might seem easy, but for Jessica, changing to healthier alternatives was a big shift.

Jessica literally got up off her sofa, stopped watching TV shows, and started watching exercise videos on YouTube.

In the beginning of 2016, Jessica worked out at home, but eventually she dared to go to the gym — a place that had always terrified her.

Jessica trains for about two hours each day — and, of course, her new lifestyle has made quite a difference.

Jessica documents her weight loss and the changes she’s made in her life on social media.

Her hope is that she can inspire others to believe in themselves.

“There were and still are obstacles that get in the way, but that’s just the way it is and I have to deal with it. Did I let me give up? NEVER.”

Jessica’s transformation has not only been physical.

What an inspiration you are, Jessica! Share and like her amazing transformation if you also think that this girl has done a great job!