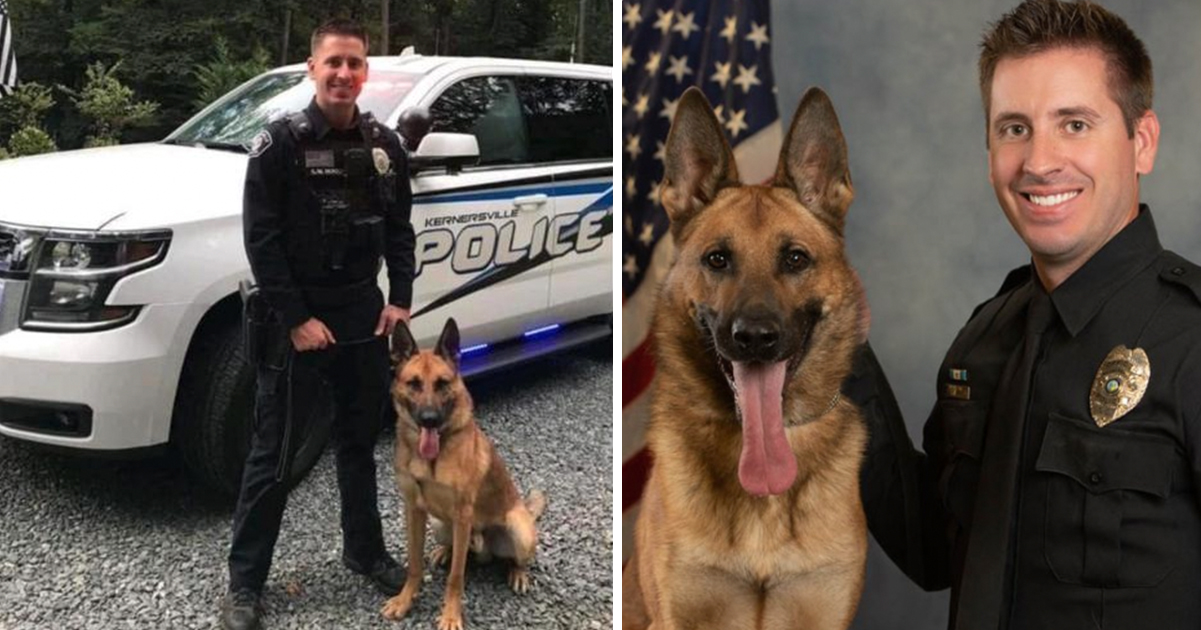 When one considers the sorts of situations police officers willingly insert themselves into every day, I think it’s a wonder they’re treated with disrespect by so many.

After all, anyone who takes a pledge to protect and to serve, and thus lives their life in service to others come what may, should be praised and commended.

People like Officer Sean Houle, of the Kernersville Police Department, North Carolina. You might just remember Sean’s story; back in February, he was in the process of making an arrest when things took a dramatic turn for the worst.

Office Houle was shot three times – including once in the face – leaving him with devastating injuries.

A post on the Houle Strong Facebook earlier this year stated: “Sean was shot 3 times while on duty Sunday, February 21, 2021.

“Currently, he is in the hospital and listed as being in critical condition.

“He has made some improvements, but still has a long recovery ahead of him. He has a loving wife, Ellie, and 2 precious sons.”

Needles to say, Officer Houle underwent surgery to save his life, and then required a whole lot of time to recovery. Incredibly, doctors were said to have told him that he’d lost enough blood from his collective injuries to have died three separate times.

Fortunately, he battled through it, and last week, on Thanksgiving, took the opportunity to thank the people who had saved his life.

“As we prepare for Thanksgiving I think about how thankful I am for these amazing people,” he said, according to a post on Houle Strong.

“God places people exactly where they need to be. He placed these amazing, courageous and brilliant people in my path along with so many others that night.

“We are so blessed to have such an incredible hospital in our community, staffed with the best of the best! Most importantly; so thankful for the King of Kings and Master of it all! Happy Thanksgiving everyone!!!!!!!”

Office Houle also praised the Lord for keeping him alive. He told WGHP-TV:

“The fact that we have each other. That’s what it means, and it’s that much stronger to me this year.”

According to reports, the brave officer recently made a rather difficult decision regarding his future with the police force. Houle will step down from his position at the end of the year due to the medical conditions he’s been left with as a result of his shooting.

On a more positive note, Houle’s department have decided to retire his best four-legged friend, a K9 named Jax.

Speaking to WGHP, Houle said: “The department has been incredible. They’re going to retire my partner Jax with me, so I get to keep my buddy, my dog. That’s a big deal for me.

“God’s redirecting my life … I was on a certain path up until that night, and he’s taken what happened and he’s redirected my path a little bit and you know what that’s okay because. I’m still here, and I hope I can be an encouragement and a blessing to folks moving forward.”

Thank you, Officer Houle! We will forever be grateful for your service and sacrifice.