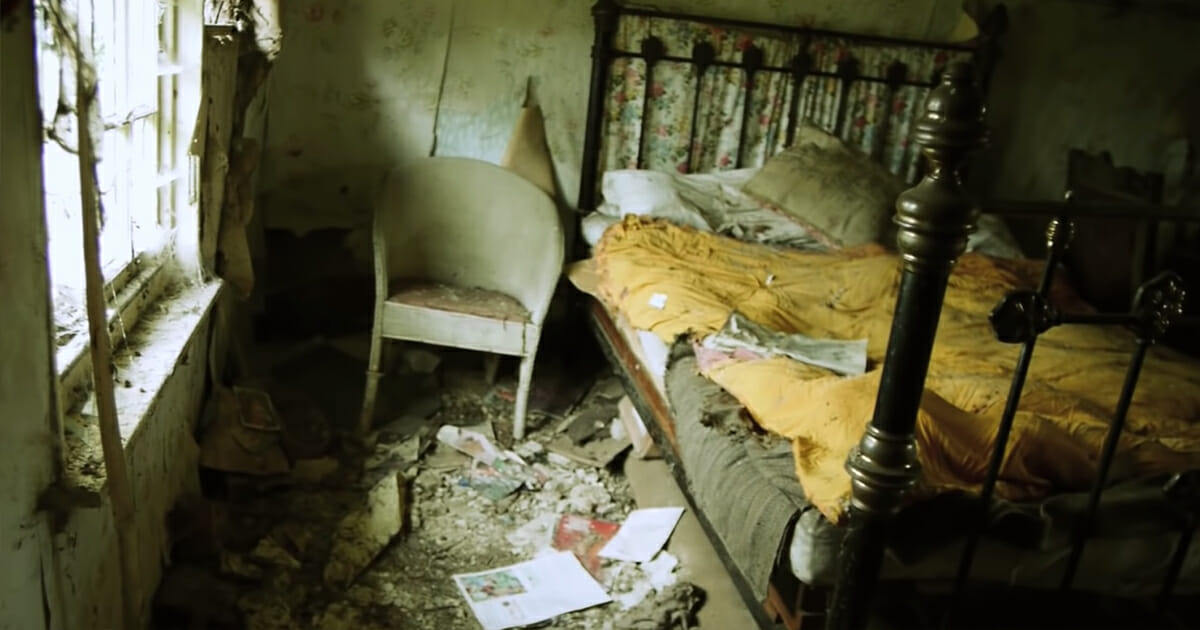 The internet – thanks in no small part to YouTube – is full of videos wherein people explore buildings that are old, creepy and abandoned.

Go on YouTube now and you’ll find no end of clips proclaiming that the owner found the ‘creepiest’ or ‘most incredible’ things imaginable behind the closed doors of a building long forgotten. Of course, most are nothing out of the ordinary, though the search is great when it turns up a genuine gem.

To save you the hassle of digging through untold shaky-cam videos to find one worthwhile, we’re serving one up on this here platter. It’s of an old house known as Crooked Cottage, and it’s one that stands out in the annals of abandoned houses …

Rumor has it that Crooked Cottage, located in rural Hertfordshire, U.K. has been untouched for more than a decade since its former owners left.

It’s foundations appear to have eroded, lending the building its nickname, and it’s said to have belonged to an old women until 2003, after which she was taken into care.

In 2012, Tony Batchelor – photographer and explorer – explored the house, uncovering a scene that is really quite something. Inside, he found a calendar dating back to 196, as well as an old-fashioned bicycle, jars of pickled fruit and a folder of family photos. On top of that, the bed was still made.

Tony described: “The building itself was so tiny, like something out of a film.

“It had only one upstairs room, and the whole building had began to be reclaimed by the elements. Locations like these don’t come up regularly, and this one was kept secret for a long time.”

The trip around the house is unnerving and tense, yet oh-so interesting. Don’t believe us? Watch the clip yourself below:

That gives me shivers just watching it!