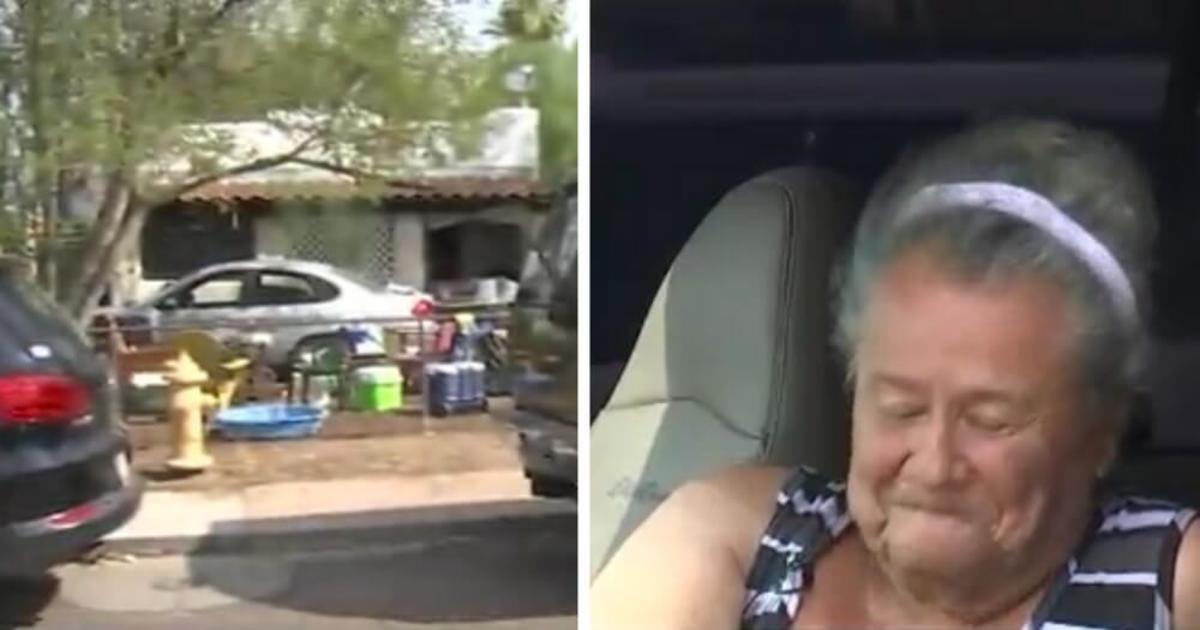 Most elderly people have at least someone to look after them — be it a child, friend, or health care worker.

But others are on their own. They don’t have anyone to take care of them and help them in crisis situations.

Theresa Hernandez is one of them.

This 71-year-old lady was living in her beat-up old car, which was parked in the front yard of her house.

She had no running water or electricity, so she decided to sleep in her car.

But when one of her neighbors realized why she moved into her car, he immediately took action.

Theresa’s neighbor, Justin, was the first to check in on the old lady living in her car.

Justin had only lived across the street to Theresa for a month but noticed that the 71-year-old woman crawled into her car every night.

It seemed like she lived there — something that gave him a lump in his throat.

The temperature in Arizona, where Theresa lives, often rises above 100 °F (40 °C) in the shade.

“I figure if this was my nana or my mom, I wouldn’t want her to live like this, so I had to do something to help get her back into her home,” Justin said.

After a while, Justin found out why Theresa could no longer live in her house: the inside was literally a dump.

It looked like a bomb had gone off inside. There was trash and feces everywhere. Even the yard was full of garbage, rags, and dog poop.

Theresa explained that she could no longer take care of her house and two dogs after her husband passed away.

“My home turned into a dump,” says Theresa.

It was obvious that it would take time to clean Theresa’s house, but above all, it would require a lot of money and commitment from outside.

So Justin started a Facebook page to gather neighbors and friends together, so they could help Theresa.

The act of kindness, however, didn’t stop at the edge of town, however. Because soon, strangers from all over Arizona started showing up at Theresa’s house.

Some people donated money to the project, while others helped with the clean up.

Plumbers and electricians offered their services completely free of charge.

Theresa couldn’t have been more grateful. She had basically given up hope of saving her house.

Theresa’s home will certainly need a lot of love before it’s inhabitable again. But thanks to the work Justin and the many volunteers have started, the future looks bright.

“I don’t believe were going to have it done right away, it’s going to be a process. It’s going to be a long process, but at least we all got together and everyone’s trying to help Miss Theresa get back into her home,” Justin says.

I wish there were more people like Justin out there with empathy and a big heart! But today, it’s quite rare.

It’s important to highlight people like Justin and all the volunteers who’ve helped Theresa, because I really believe that their efforts can inspire others across the world.

Please share this heartwarming story on Facebook if you want to spread some light and hope in an otherwise selfish and cold world!