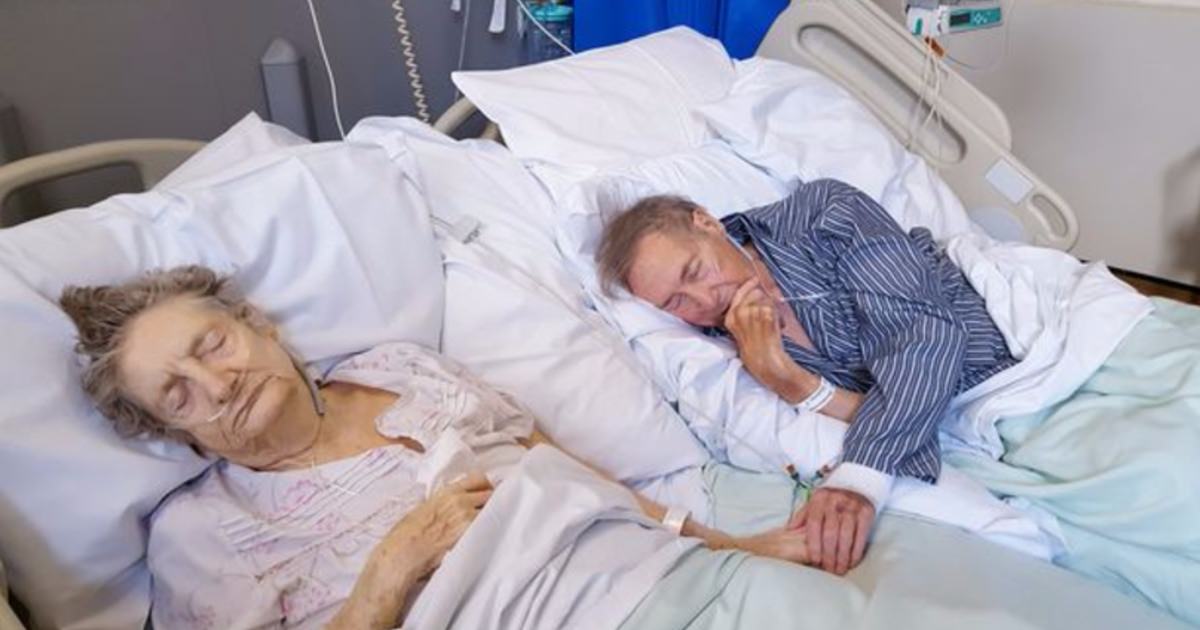 Call me cynical – but it feels like true, old-fashioned love is something that’s becoming more and more rare.

A happy marriage can be compared to a house, which needs to be taken care of every day and carefully maintained – until the day it’s time to take goodbye.

A good example of this? Bert Whitehead and his wife Beatrice, who are now warming thousands of hearts with their beautiful story.

Bert Whitehead and his wife Beatrice have been married for 67 years and have been virtually inseparable since they met, according to The Bolton News.

Unfortunately, tragedy hit the couple in April 2017, when 87-year-old Beatrice was admitted to the Royal Bolton Hospital suffering from bone cancer.

Just a few weeks later, 90-year-old husband Bert was also admitted to the hospital, after his health deteriorated rapidly.

However, because the couple were admitted to different departments, they could not be close to one another at the hospital.

The only way Bert could see his wife was when she came by in a wheelchair, brought in with the rest of the family.

Then, something heartwarming happened. According to the couple’s son-in-law, Stephen Hall, the staff made an exception and moved Bert and Beatrice into the same room in order for them to be together.

“It is devastating. There’s a specialist palliative team that are taking care of her at the moment,” Stephen told The Bolton News.

“When they were put together Bert just gave the biggest smile, it was a really touching moment. They have been absolutely brilliant the staff, we can’t fault them whatsoever. We just want to say thank you to them all,” the son-in-law added.

Unfortunately, Beatrice has only a few days left to live.

Their daughter, Suzanne Hall, says that Bert and Beatrice have barely been apart since the day they met.

Beatrice was only 15 when they met, and the couple married in 1950 when Bert returned from military service. Together, Bert and Beatrice have three children, six grandchildren, and five great grandchildren.

Royal Bolton Hospital released a statement about the special move:

A spokesman for Royal Bolton Hospital said: “We take every step possible to support patients and their relatives when they are approaching end of life. We know how much the little things matter and we do all we can to get them right. Our staff understood how important it was for Mr Whitehead to be by his wife’s side at this difficult time and have made changes on the ward to move them into a separate bay together.

“Mr Whitehead has been at his wife’s side since then.”

Not often do we see the expression “Till death do us part” in its full form – but Beatrice and Bert sure do exemplify it in its truest form!

I’m so glad that the hospital set the couple up together so that they can live out their fina days together.