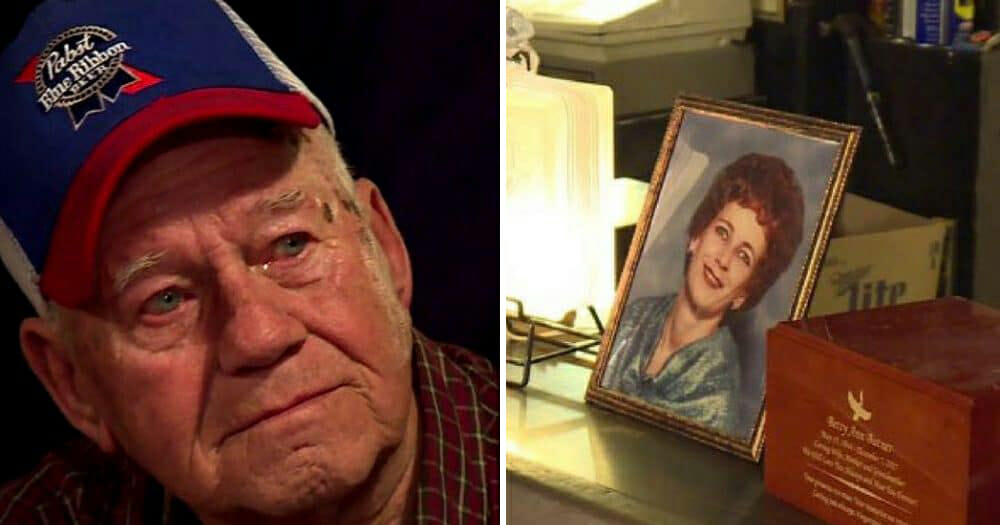 Ever been to a restaurant where you don’t really feel like a guest, but more like a member of family? Yeah, it’s the best.

By all accounts, that’s how it was at Pinewood Restaurant in Henrico Country, Virginia. The owners, Tody and Betty Butner, worked tirelessly for 32 years in order to make a homely and inviting place for regulars and new guests alike.

Betty was the type of woman to give you a hug and kiss you on the cheek before you left the restaurant – even though she’d never met you before.

Unfortunately, Betty passed away not long ago. It was something that Tody struggled greatly with, and he decided he had no choice but to close the restaurant.

It broke his heart to abandon the business he had spent so many years building alongside his other half. But, due to the steep funeral costs, he simply couldn’t afford to keep the place open.

When Tody’s regulars – many of them working at the local police and fire station – discovered that Tody was planning to shut up shop, they realised something had to be done.

A collection was started and over $6,000 was collected – money that could cover the funeral costs, allowing Betty to be cremated. The funeral company themselves, after hearing of Tody’s struggles, offered a discount, which naturally helped a lot.

This meant that Tody could reopen his restaurant again.

One Friday night, the whole community came together to surprise Tody; Pinewood Restaurant was packed full of people once more.

“On behalf of everybody, we don’t want you to close down, we want the restaurant back open,” Henrico Police Officer Billy Grimmer said.

“Y’all are the best,” Tody said, as he struggled to fight back the tears.

Though Tody was too humble to talk to the media, he shared his feelings with police officer Grimmer.

“I feel wonderful about it,” Tody said.

“It’s nice to have good friends and the whole family and all the workers the whole nine yards.”

Tody was able to reopen Pinewood again on January 2 this year. His daughter has taken on Betty’s duties in the kitchen, but it can’t be denied that Betty’s spirit lives on in the place.

“You can feel her in the room now. I guess in the back of my head I can hear her saying something,” one of Tody’s best friends, Mike Elliott, said of Betty.

Grimmer, a regular customer, believes it was the duty of the patrons to help where they could.

“That’s just something you do from the heart, just friends helping friends,” he said.

Although Tody and his family are obviously still heartbroken over their loss, they know they have the love and support of the local community, which, as proven, can go a hell of a long way.

In particular, Tody is appreciative of how much the support has meant to him.

Were you also touched by what all those lovely people did for Tody? If so, then SHARE this article on Facebook and help spread some love!