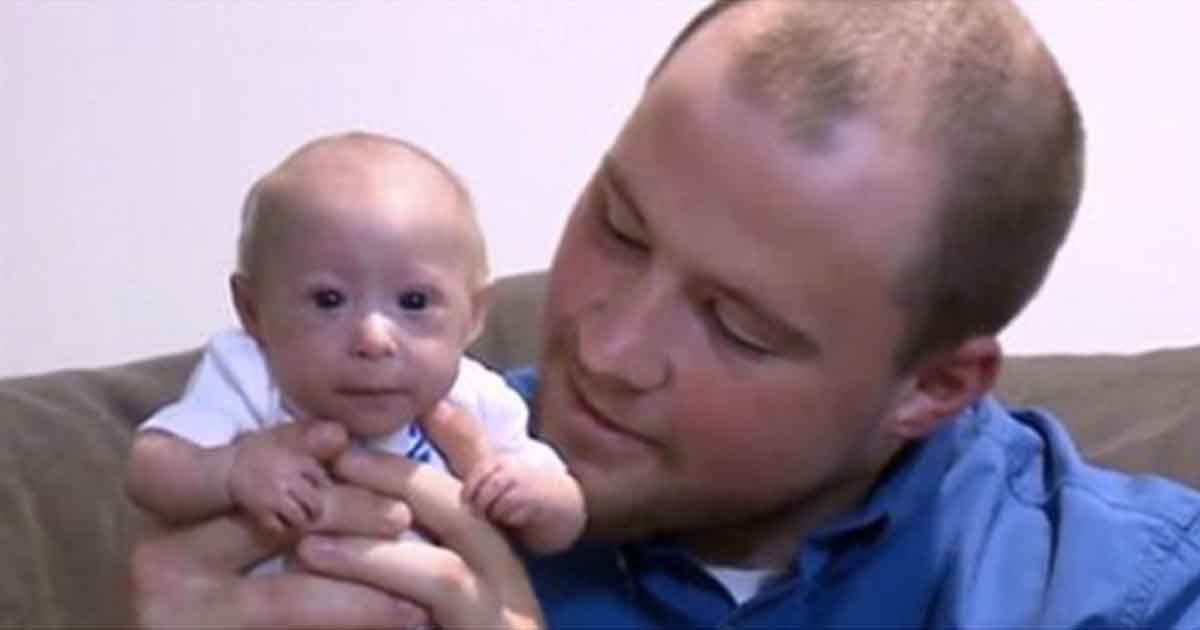 Matthew Riddle is a real fighter.

Born weighing just one pound, 2 ounces, the tiny baby also had brain damage. He was born with an extremely rare disease that causes the body and the head not to grow as they should. In other words, he’s extraordinarily small.

Doctors doubted he would survive, but seven months later, Matthew has proven them wrong.

At 7-months, Matthew from Luisville, Kentucky, still looks like a newborn. He suffers from the rare disease MOPDII, bets known as dwarfism, where the head is unusually small, and there is brain damage.

While mother Jenevieve Cook was still pregnant, doctors discovered that Matthew was not growing properly, so they decided to induce his birth at just 28 weeks.

At first, they didn’t believe that Matthew would survive, but today, he is 7-months-old. He weighs just over 3lbs, but the future looks bright.

Indeed, after further tests, the parents were given amazing news.

“We were told that Matthew would walk, he would talk, he would go to regular school, he would just be extraordinarly small,” Jenevieve told WLKY.

What a story of hope and courage! Share if you also want to cheer on Matthew and his family, and encourage them to keep the faith!