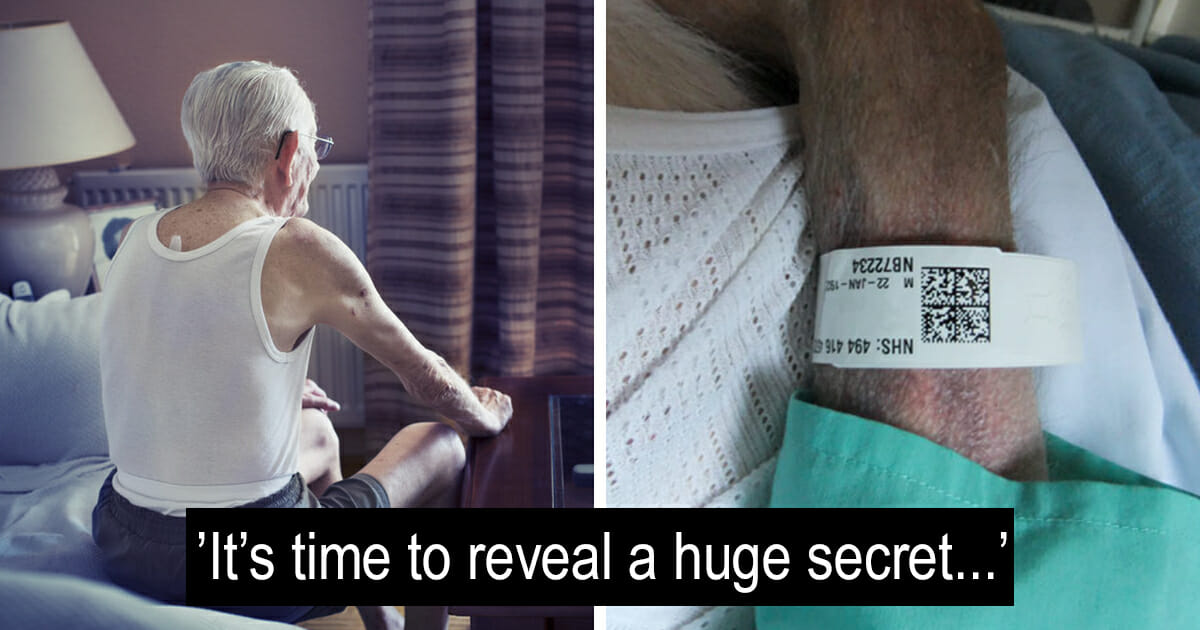 We all have burdens to bear in our lives. Often, the most difficult are the ones we keep to ourselves; the ones people don’t see.

For 14 years, these parents blamed their own son for the death of his grandfather. This was apparently because the teen hadn’t been watching him when the incident happened (he’d been left in charge), and hadn’t then tried to save his grandfather’s life when things took a turn for the worst.

But the boy carried with him a secret few knew about. He shouldered an enormous burden throughout his transition from childhood to adulthood, a burden he’ll likely continue to carry for the rest of his life.

“The way I tell this story is quite nonchalant,” he writes.

“It’s been such a long time that I’ve had time to think about what happened and how it changed me.”

Scroll down to read the full confession below. Let us know what you think of the story in the comments.

This 28-year-old has a secret to share, one he cannot lie about anymore

This is what he writes:

“My parents blamed me for my grandfathers death because “I wasn’t watching after him when he died and didn’t try to save him. My grandfather was tired of being revived, so he gave me the only copy of his “do not resuscitate” and told me not to call the ambulance until at least an hour after he died. He had a heart attack while I sat with him and I held his hand until it stopped squeezing.

“I was in my mid Teens and my grandpa had already been revived my EMTs multiple times and been to the hospital more time than I can count. He was a survivor of Polio, and many other hardships. He was tired of living. But more so, he was tired of waking up in a hospital with a breathing tube down his throat.

“A few days later, he called me again and told me he was having troubles. I sat with him while he had a massive heart attack, and I held him there in bed so he wouldnt struggle and fall out. After his eyes glazed over and he stopped gasping for air, I picked him up and set him on the ground and sat there and watched him for a while. About an hour later once he’d lost all color, I called 911 to report his death.

“My parents arrived home just minutes after the EMTs arrived, and I never called them because it would indicate to them what my grandpa and I had schemed.”

Of course, this triggered questions regarding the 28-year-old’s choice. He answered the most common ones.

“I have 3 other siblings. The only people who understood this situation were myself and my grandfather. We both knew about it when we agreed. It’s funny. He was not religious. He and I were not. But the rest of the family were. He thought that the only thing that was waiting for him was silence. I do not really care what my family thinks if they hate me. I knew this was what grandfather wanted and when he got a heart attack, I chose not to intervene,” the 28-year-old said.