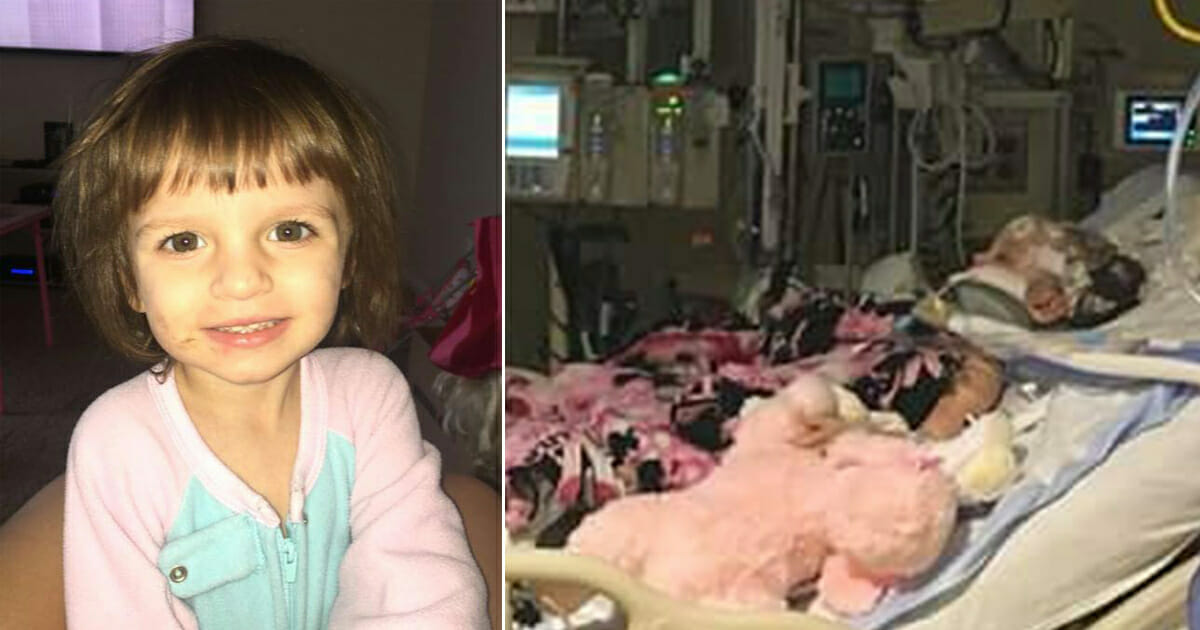 Leaving your young child in the care of others is something everyone has to do sooner or later.

Many people opt for the latter. They choose to hire a man or woman to take care of their children, and in the process undertake numerous checks to ensure they’re the right choice. Even so, dangerous individuals can sometimes slip through the net.

On March 8, this year, emergency services received an alarming call.

Three-year-old Hannah Wesche had been left by her dad with her babysitter, Lindsey Partin, at seven in the morning.

Just hours later, though, Wesche was found unconscious by police after an emergency call. She was having severe difficulties breathing.

It was Partin herself who placed the call to the authorities. She said Hannah had fallen the day before and hit her head.

Hannah was taken to Fort Hamilton Hospital and then to Cincinnati Children’s Hospital in critical condition.

At an initial hearing, Partin acknowledged striking Hannah, claiming that as a result the three-year-old hit her head on a hard cement floor.

At the moment, police are still investigating exactly how Hannah’s injuries occurred.

According to Fox 19, Hannah’s father, Jason Wesche, fought back tears as he confirmed his daughter is probably not going to survive.

Partin has since been charged with felonious assault and child endangering – the charges could be upped if Hannah dies.

“This little girl is hanging on by a thread. Cases like this rip your heart out. I don’t understand why or how anyone harms a child,” Butler County Sheriff Richard Jones said on Monday.

“Get background checks, talk to neighbors, friends and family members before letting anyone watch your children, know who you are leaving your babies with.”

A GoFundMe page has been started by Hannah’s dad to raise money towards giving her the best possible service they can. You can visit that by clicking on the link here.

My 3year old sister Hannah Jade Wesche has been a victim of child abuse. She’s holding on by a thread and needs all the…

According to British source Metro, babysitter Partin inflicted such damage on Hannah that she is now brain dead.

When the little girl arrived at hospital, doctors were forced to remove parts of her scalp to ease the significant swelling on her brain.

Unfortunately, their efforts thus far appear to have been in vain – her parents say they are preparing to say their last goodbyes and switch off her life-support machines soon.

When I first saw this news breaking, I thought it felt familiar. Then I realised it wasn’t the same girl at all, but, rather, that a strikingly similar case had happened just several months earlier.

Although it’s a stretch to call it a ‘frequent’ pattern, the fact that recent comparisons can be drawn is still too much!

Please share this article with your friends and family so that they take extra precautions when choosing who to leave their babies with.