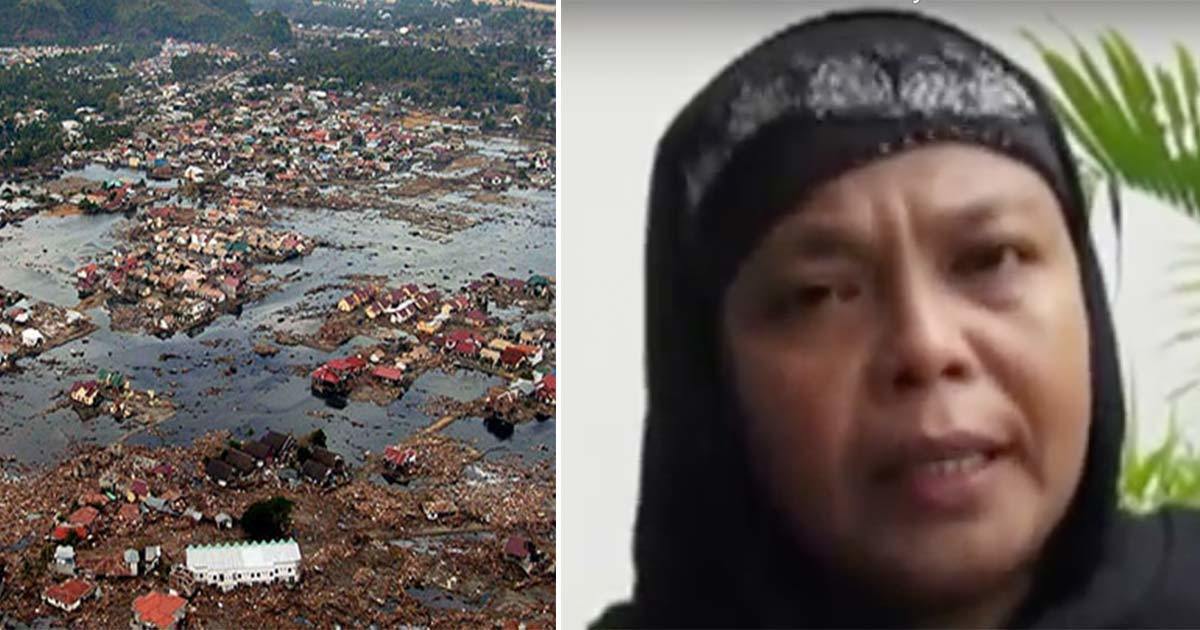 In 2004, the Indian Ocean tsunami devastated parts of Indonesia, Sri Lanka, India, and Thailand. It was one of the worst natural disasters in modern times and more than 200,000 people died—every one of them someone’s friend, relative, parent, or child.

The Rangkuti family from Aceh, Indonesia was among those who will never forget the day the tsunami hit. Tragically, two of their three children were swept out to sea during the disaster.

The years passed and the parents and their suriving son carried on with their lives, but 10 years later, a relative noticed something that would change everything.

When the tsunami struck Aceh, Indonesia on Boxing Day 2003, the Rangkuti family lost two out of three of their children, a son and a daughter aged four and seven. The children’s father, Septi Rangkuti, put them on a large wooden board so they wouldn’t drown, but unfortunately, the children were swept out to sea.

Septi and his wife, Jamaliah, spent more than a month desperately searching for their two lost children, but came up empty. They resigned themselves that they would never see their beloved children again.

Life went on and the parents and their one surviving son tried to rebuild their lives. Then three years ago, in 2014, Septi’s brother saw a girl in his village who looked strangely familiar.

He asked around and found out that the girl had been orphaned after the tsunami. The ocean had carried her about 80 miles from her home to a remote island, where she was rescued by a local fisherman. The fisherman brought the little girl back to his house, where his elderly mother raised her for the next 10 years.

After he was quite sure that the little girl was his niece, the man contacted his sister Jamaliah and let her know about that he had probably found her daughter. There were no guarantees, though. The girl’s name was different and she only had a few memories of life before the tsunami.

Septi and Jamaliah contacted the fisherman’s mother and arranged a meeting. And when they met the girl, they immediately knew… It was their daughter, Raudhatul!

After 10 years of sadness and loss, the parents had finally been reunited with their now 14-year-old daughter. It was a miracle that none of them had expected—and no one could hold back the tears when they finally met again.

Raudhatul moved back to her biological parents’ home and started to get to know each other again, when something even more incredible happened.

Thanks to all of the media attention that the story brought, the family was also reunited with their son, Arif, who was swept away on the same wooden board with his younger sister during the tsunami.

It turns out that the fisherman who rescued Raudhatul was unable to take care of Arif and left him on his own. The boy had been homeless for some years in a village in West Sumatra before a kind-hearted couple took him in. And when they saw a picture of Arif on TV during a story about his sister, the couple immediately contacted his family.

Now, against all odds, the Rangkuti family is together again at last. It’s so great to see them together again. They deserve all the happiness of life.

What an amazing story! I’m so happy that this family was finally able to reunite after all these years. Please share this article if you agree!