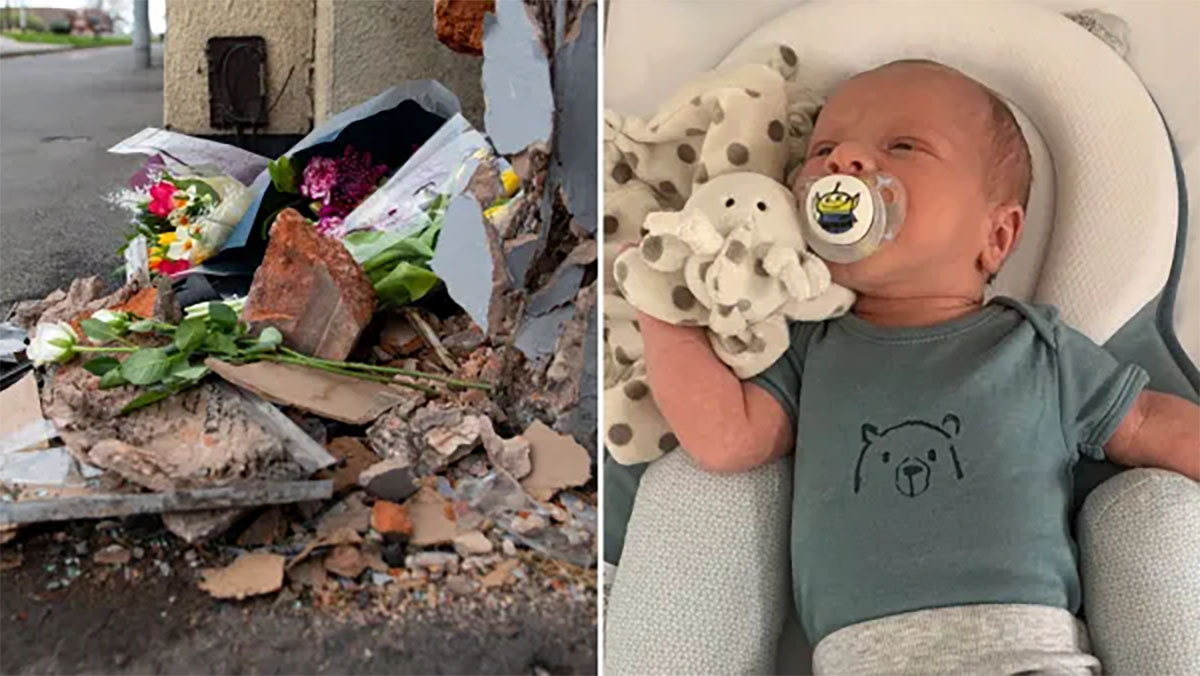 Ciaran Leigh Morris was only two weeks old when he was struck by a car in his stroller and died on Easter Sunday.

Baby Ciaran was being pushed along a street in Brownhills, in England, by family when he was hit by the car.

He was taken to hospital with serious injuries but couldn’t be saved.

The 34-year-old also faces charges of failing to stop at the scene of a collision and failure to report a collision after the incident on Sunday afternoon.

Davis appeared at magistrates court on Tuesday where he was remanded in custody to appear at Wolverhampton Crown Court on May 4.

On Monday, Ciaran’s parents paid an emotional tribute to their son.

They said: “Mommy’s and Daddy’s hearts will always ache, we love you more than anything.

“We didn’t get to keep you for long but we are happy we had the chance to meet you, look after you and call you our son.

According to Sky News Ciaran’s great-aunt Lisa Ford said: “We’re a very close family… and it’s ripped us all apart.

“We’ve all got to stay strong, we’ve just got to be strong. It’s just heartbreaking.”

Flowers, toys and tributes have been left at the scene, where damage to a brick wall can be seen.

My heart aches for these parents who only got to be with their precious baby for two weeks before he was cruelly taken away. Rest in peace little one.