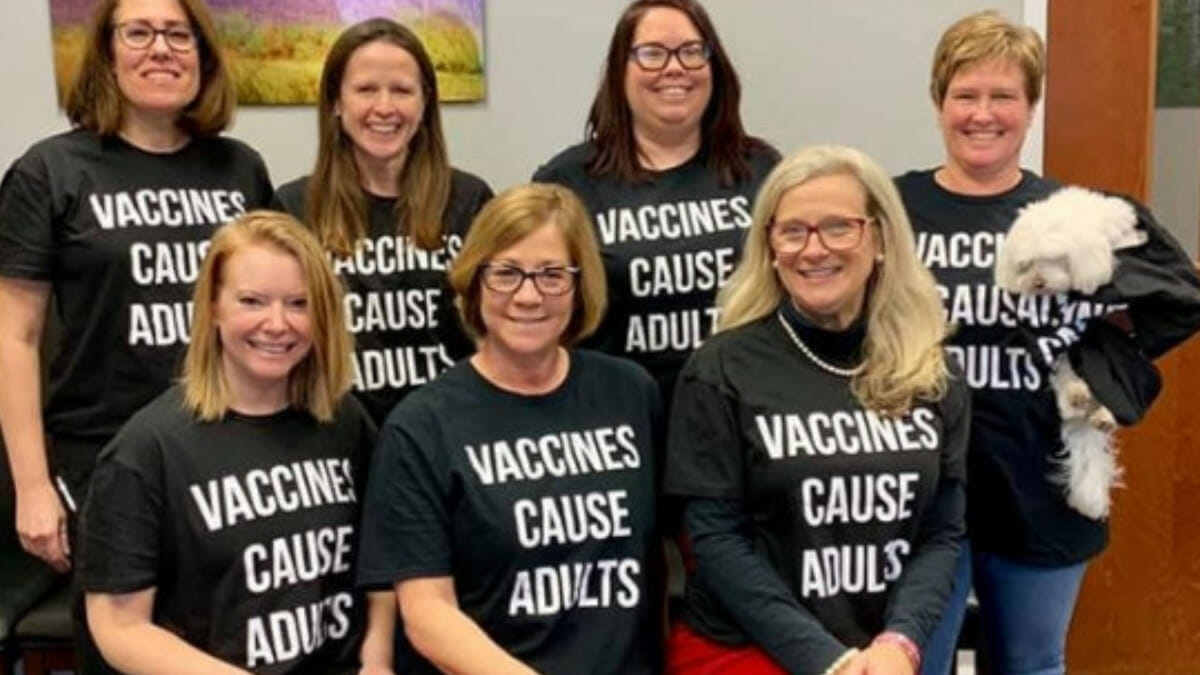 Why? Because, for reasons beyond my comprehension, an alarming trend wherein parents opt not to protect their children against a whole host of dangerous, contagious diseases has become apparent. Laughing in the face of all we know to be reasoned, logical, science, such people believe that it’s in the interests of the next generation to be vulnerable to an array of terrible diseases that had previously been practically eradicated.

Take measels, for example, which is enjoying an upturn in popularity ever since the ‘anti-vax’ theme became in vogue. Of course, a rational thinking mind can see the obvious pit-falls of raising a child without protection against diseases that could risk his or her life. But alas, we live in a world wherein rationality is a quality often neglected in favor of what social media is able to elevate via the pedestal of popularity.

Nevertheless, for every clued-up anti-vaxer intent on saving the world from autism *insert sarcasm here*, there are plenty of people willing to fight to maintain the somewhat revolutionary idea that having immunity to blights like measels, polio, mumps and rubella isn’t such a bad thing after all …

It’s exactly these types of people we need to be championing, which is probably why a paediatrician’s office in Rochester, New York is going viral after taking a stand. Staff members from the Legacy Pediatrics practise have garnered plenty of support after posing for photos wearing t-shirts that read: “Vaccines Cause Adults”.

The idea apparently came from a physician’s assistant working at the practise who saw a similarly flavored meme being passed around online.

Her and six colleagues posed for a photo that was posted to social media. It ended up reaching over 17,000 people.

Vaccines. Save. Lives. ❤️❤️ (special thanks to Crazy Dog T-Shirts for making these for us!!!)https://www.crazydogtshirts.com/products/vaccines-cause-adults-mens-tshirt

“It’s kind of a play on vaccines cause autism, which they do not. They cause adults,” Kate said.

“Healthy kids get vaccinated and grow into adulthood and be healthy adults.”

Pediatrician Dr. Janet Casey, meanwhile, was in full support of the t-shirts.

“Kids are getting sick from vaccine-preventable illnesses, which shouldn’t happen in 2019,” she added.

“One of the things that’s so important for pediatricians and other healthcare givers is to get out there and make it as loud a message as possible that vaccines save lives.”

Of course, in such a day and age no one should be exposing their child to diseases we have the ability to eradicate. The anti-vax movement isn’t a minor problem when there are genuine lives at stake. Reading conjecture and rumours online, and then acting on them without due diligence, is not only not-advisable, but it’s actively dangerous.

It’s been proven time and again that vaccines do not cause autism, but rather give a child the best possible chance of growing up without a serious and avoidable illness. No, vaccines aren’t poison, no, there isn’t a conspiracy movement in place for ‘Big Pharma’ or the government to kill off or control the population through vaccinations, no, being vaccinated doesn’t mean you’re risking your life.

If you stand for all that is right and sensible, and believe every child should receive the proper vaccinations available, in line with what any credible medical professional will advice, share this article to help us spread further awareness.