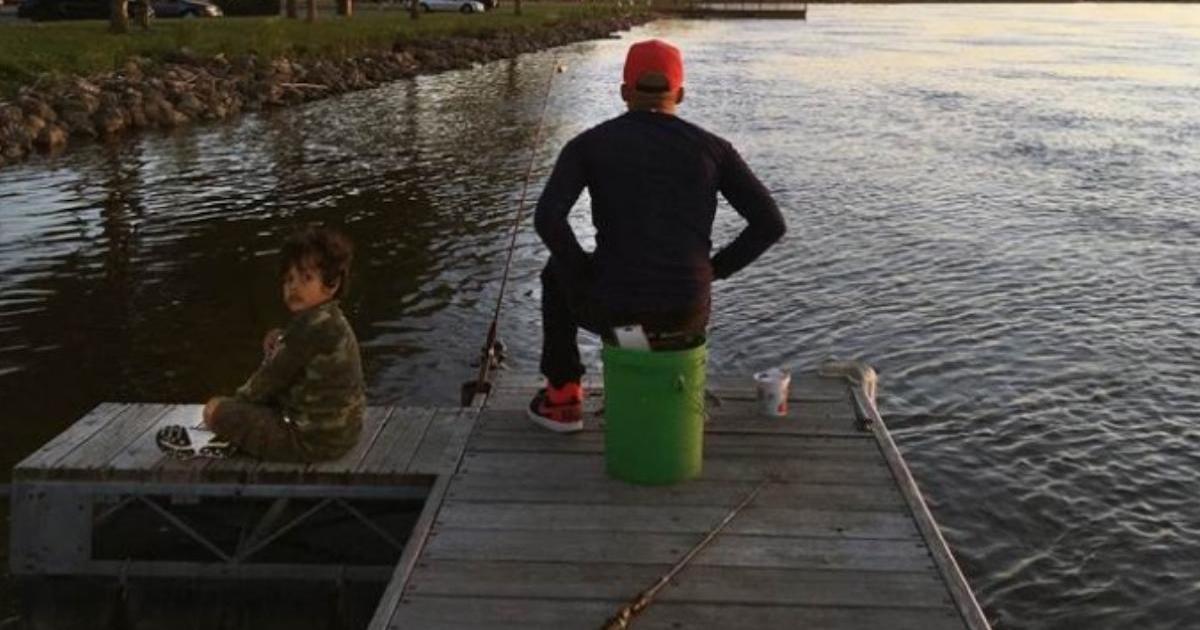 Malik Williams had a tough upbringing. He was given up for adoption as a baby, and as soon as he was 18, his adoptive family threw him out.

He had difficulty finding a steady job, but he was a wonderful father and his kids were his everything.

Malik and his girlfriend, Heather, brought their two little boys to the Mississippi River. Malik and six-year-old Jaden went fishing while Heather sat in the car breastfeeding Joziah, who was only two weeks old.

A 16-year-old named Riley Gomez was also at the river. He loves photograhy and took several pictures of Malik and Jaden sitting on the dock that evening.

“I just saw this father and son bond. I thought it was a really nice thing,” Riley told Today.

Riley had no idea he would end up taking the last picture of Malik before tragedy struck.

A few minutes later, Heather heard Malik yell Jaden’s name. The six-year-old had fallen into the water, and even though Malik didn’t know how to swim, he instinctively jumped into the water to save his son. A passerby quickly came to rescue and managed to pull Jaden out of the water.

But Malik was swept away by the strong current while trying to save his son.

“He didn’t even hesitate. He would do everything and anything for Jaden,” Heather told Today while trying to hold back her tears.

Heather’s only comfort was that Riley gave her his pictures of Malik doing what he loved the most, fishing with his son.

It’s tragic that Jaden and Joziah will have to grow up without their beloved dad.

Share if you also think that Malik is a hero for sacrificing his life to save his son.