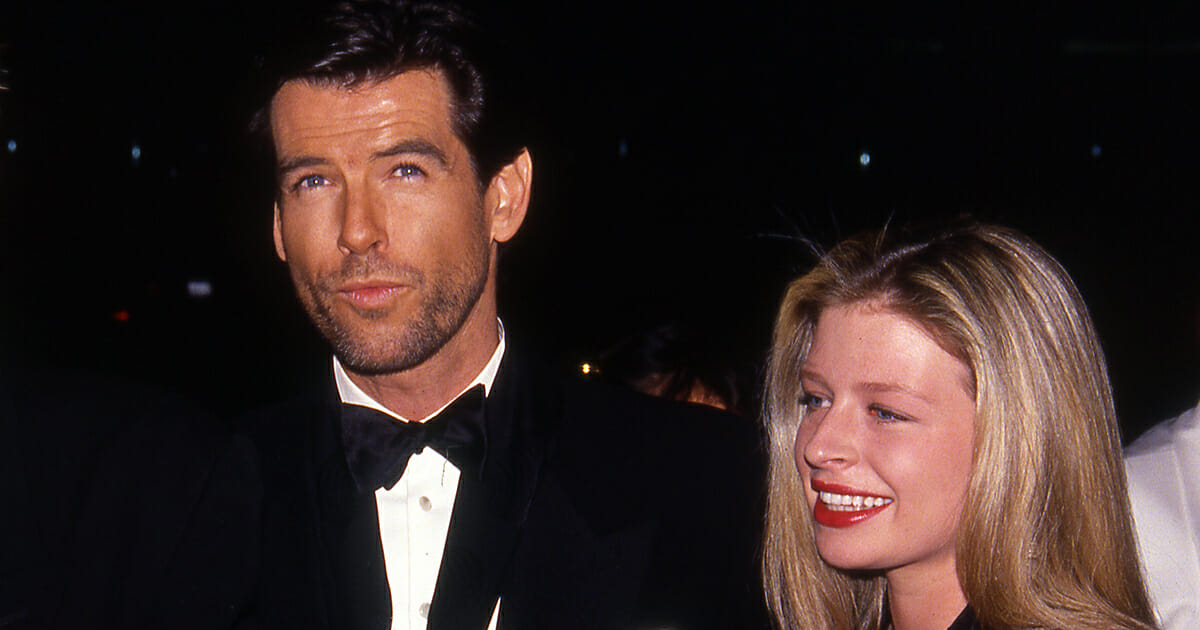 Charlotte Brosnan was married in secret mere days before succumbing to the same disease that killed her mother and grandmother.

The then-42-year-old was walked down the aisle by father Pierce Brosnan in 2013, and married to artist boyfriend Alex Smith.

Charlotte was the daughter of Pierce Brosnan’s first wife, Cassandra Harris, whom he married back in 1980.

Fame followed Charlotte from a very young age, first for being the daughter of ‘Bond girl’ – Cassandra Harris starred in the movie ‘For Your Eyes Only‘.

Following the death of their biological father in 1986, Pierce adopted both Charlotte and her brother Cristopher.

They took his surname, before later being given a half-brother when Pierce and their mother had a son, Sean.

In 1987 Cassandra Harris was diagnosed with ovarian cancer, the same disease that had claimed her own mother’s life.

Sadly, Cassandra lost her own battle with ovarian cancer aged 43 in 1991.

According to reports, Charlotte was hugely influenced by the loss of her mother. She struggled a lot – witnessing her mother slowly lose her battle against a horrific illness eventually led to depression and addiction issues.

In 2003, Charlotte checked herself in for treatment at a rehab center in England, to get free from her drug and alcohol addiction, according to The Famous People.

Charlotte followed in the footsteps of her parents and became an actor but Ovarian Cancer would come back to haunt her life again.

After being diagnosed with the same disease as her mother, Charlotte had to go through an extremely hard treatment.

Throughout that period, Charlotte managed to maintain a positive attitude.

Just days before her tragic death, Charlotte married the love of her life, Alex. The couple tied the knot in a secret and private ceremony, attended by family and friends.

Though it seems so sad now, a family friend who attended the wedding ceremony said it was a beautiful moment.

“It was the most moving day of my life. It wasn’t a day to be sad. Alex and Pierce were smiling broadly.”

Following Charlotte’s tragic death, Pierce paid tribute to his “darling daughter” in a statement. It’s one that resonates with us even now.

“On June 28 my darling daughter Charlotte Emily passed on to eternal life, having succumbed to ovarian cancer,” Brosnan said, as per The Guardian.

“She was surrounded by her husband Alex, children Isabella and Lucas and brothers Christopher and Sean.

“Charlotte fought her cancer with rare grace and humanity, courage and dignity. Our hearts are heavy with the loss of our beautiful dear girl. We pray for her, and that the cure for this wretched disease will be at hand soon. We thank everyone for their heartfelt condolences.”

The former James Bond star had flown back in the middle of filming for 2014 flick November Man to be at his daughter’s bedside, mere days after giving her away to her boyfriend Alex Smith.

Today, although Charlotte isn’t here now, her children are all grown up.

For example, her 21- year-old daughter Isabella looks as gorgeous as her late mother.

I really hope that she is safe and sound and that she never will have to encounter the same battles as her mother and grandmother.

Cancer is a truly terrible disease, one that we all must maintain the fight against.

Please, share this article to show your support in the battle against cancer. Rest in peace, Charlotte Brosnan.