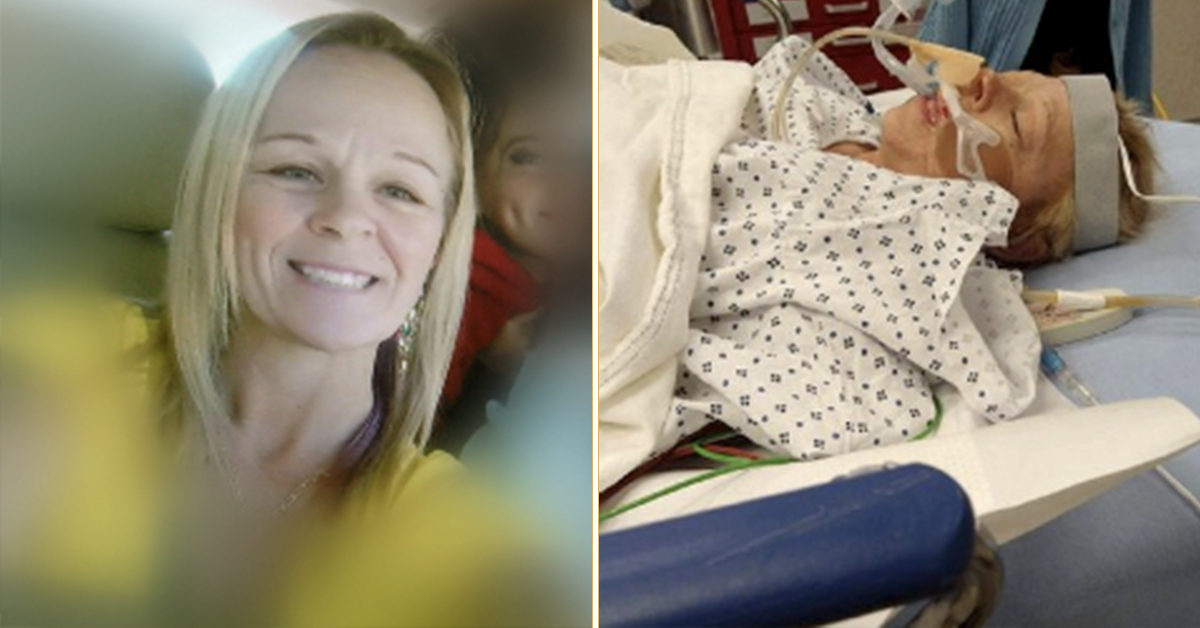 A mom has described the survival of her daughter as a “miracle” after she was doused in nail polish remover, held down, and set alight.

The horrifying incident happened in the early hours of Sunday morning at a house in Trenton Jones County, in North Carolina.

Melissa Cahoon is currently recovering at the University of North Carolina with severe burns all over her body, the worst of which is on her hand and arm.

“Her eyebrows are burned off, her hair is singed, and the back of her is real bad,” Melissa’s mom Ann Edwards told ABC12 News. “I thought I was going to lose my daughter.”

The worried mom said it wasn’t the first time her daughter had ended up in hospital as her injuries were inflicted intentionally by Jeromy Wiggins, her on, off boyfriend of four to five years.

“He’s been beating on her for months,” Ann said. “It got worse and worse, but this time it got really bad because he set her on fire.

“He poured fingernail polish remover all over her and told her he was going to set her on fire and that’s what he did. He held her down for a little bit and let her burn.

“When she finally did get up, he grabbed her from behind and let her burn some more before he let her go.”

Jones County Sheriff’s Deputies are currently looking for Kingston resident Wiggins and are appealing for information to help locate him.

Ann said her daughter woke up Thursday morning, but hospital staff are keeping her sedated to help ease the pain. She is due to undergo surgery and doctors are hopeful she’ll be able to return home soon after.

Ann Edwards is the great grandmother of youngster Casey Hathaway who survived in the woods alone for three days in January 2019.

The then 3-year-old survived in freezing cold temperatures and was located after a search involving 600 volunteers. The brave toddler said he’d spent his time hanging out with a bear.

“He’s a miracle just like my daughter is,” Ann said.

Jeromy Wiggins is facing charges of assault with a deadly weapon and inflicting serious injuries.

Our thoughts and prayers are with Melissa and her family right now. I hope she makes a speedy recovery.

Help police locate this man as quickly as possible by sharing this story.