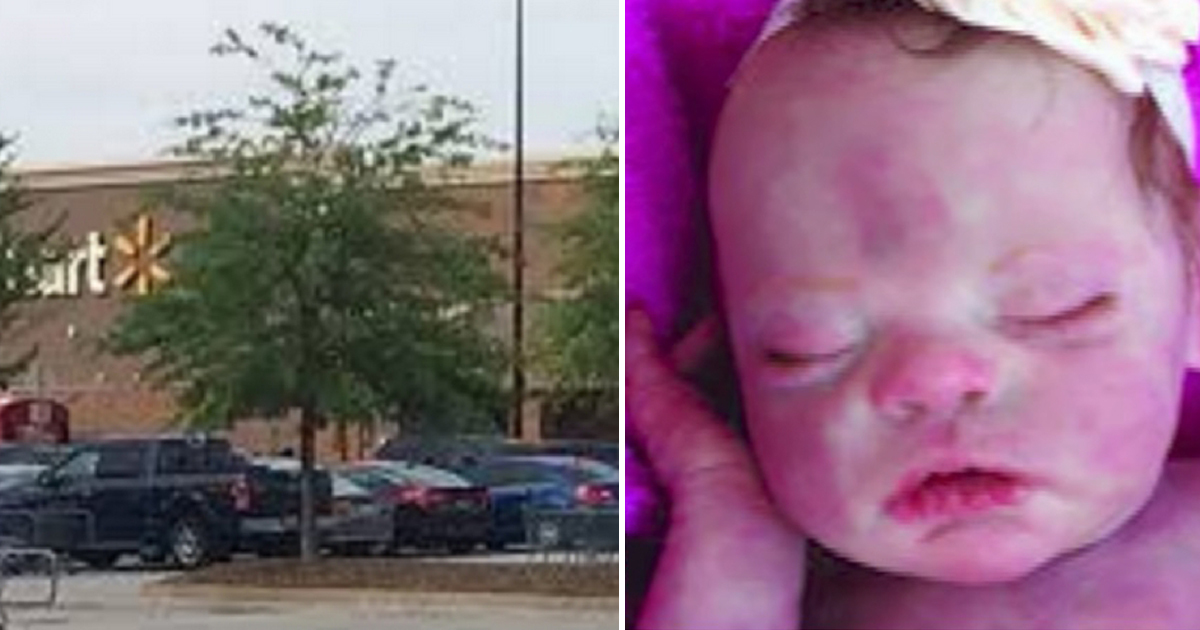 We have previously written about parents going shopping and leaving their babies in cars during hot days. Doing so is not just irresponsible but dangerous. If left too long, the child could suffer from a heatstroke, faint and possibly even die.

It happens often enough for police officers to be alarmed about the situation and keep a look out for any babies in parking lots during very hot days.

One such police officer is Jason Short from Keene, New Hampshire. He was on duty when he received a call about a baby that was left in a car alone in a Walmart parking lot on a very hot day.

But he never in his mind would have imagined what would happen next.

Jason didn’t hesitate to rush to the scene as soon as he got the call about the infant.

“I got there as soon as I could,” he said in an interview with WMUR. “I don’t know how fast I was going, but it was quick.”

At arrival, Jason could clearly see a baby wrapped in a blanket with its feet sticking out through the windows of the car.

It was a very hot day and Jason had no idea how long the baby had been there. He broke the window open with his baton to rescue the child.

Jason gently carried the baby out of the car but feared it might already be dead. It looked lifeless and was very pale, with a strange skin tone.

A crowd soon gathered and Jason began performing CPR. An ambulance was called to the scene.

That’s when it dawned on him. What he held was in fact a lifelike doll — and not a baby at all.

The doll’s owner, Carolynne Seiffer, came back from her shopping spree to a broken car window and a crowd surrounding her USD $2,000 doll, which she calls Ainsley.

“I’ve been laughed at and embarrassed by all the fuss,” she told WMUR.

According to the Washington Post, Caroline owns about 40 of these lifelike dolls to help cope with the death of her son. Apparently, these very real looking dolls can work as a healing process for grief-stricken parents.

“You can’t know how people choose to deal with their losses in life,” she says.

Jason was slightly embarrassed after realizing he had rescued a doll, but says he has no regrets and more than anything, is relieved that it was not an actual baby.

Watch the news report from Inside Edition about the incident below:

This story is rather unusual but the most important thing is that no one was harmed. If you do happen to own one of these dolls, police recommend that you leave them in your car’s trunk, or carry it with you — for obvious reasons.

Share this story with your friends to spread the word!