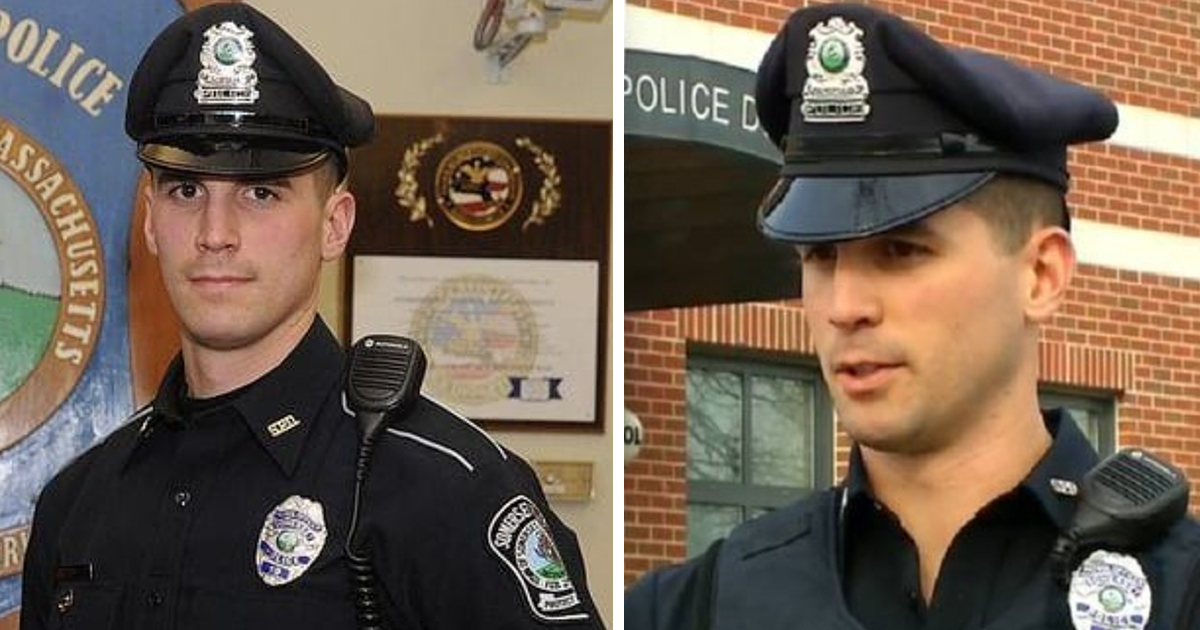 A Massachusetts police officer has made headlines for all the right reasons after paying for the Christmas dinner of a family suspected of shoplifting.

As per reports, Officer Matt Lima, who serves in Somerset, Massachusetts, responded to a call from the owners of a Stop & Shop store. A worker told Matt that two women and two children had been seen placing un-scanned groceries into their bags at the store’s self-checkout.

Receipts backed up this version of events, showing that a number of items in the family’s bags were not accounted for.

Matt pulled the two women to one side as part of his investigation, only to hear how they didn’t have the money to pay for their items, which were going to form a Christmas dinner of sorts for their children.

Instead of arresting the women, Officer Lima served them with a ‘no trespass order’ and, with his own money, purchased gift cards to the amount of $250 so that the women could buy what they needed for Christmas at another store.

“The two children with the women reminded me of my kids, so I had to help them out,” Matt explained.

He continued: “Obviously this family was in need, and I can’t imagine having to make the decision to go to Stop & Shop and just only pay for what I can afford – or do I go there and try to take things for Christmas dinner for the kids?

“They were very thankful; they were kind of shocked. I’m sure a lot of people in that same situation would be thinking that there was going to be a different outcome, and maybe they would be arrested or have to go to court.

“I bought the gift card close in value to what would’ve been taken. I just did what I felt was right. It’s not about me, I just tried to put myself in that family’s shoes and show a little bit of empathy.”

George McNeil, chief of the Somerset police force, described the incident as a “true testament of Officer Lima’s great character and decision making.

“His actions exemplify what it means to protect and serve the members of our community.

“When faced with a difficult situation in which a family was trying to provide a meal for their kids, he made the generous decision to not press charges and instead ensured that they would have a Christmas dinner they could enjoy.”

Thank you, Officer Lima! What a fantastic example of someone thinking outside the box to achieve a compassionate outcome.