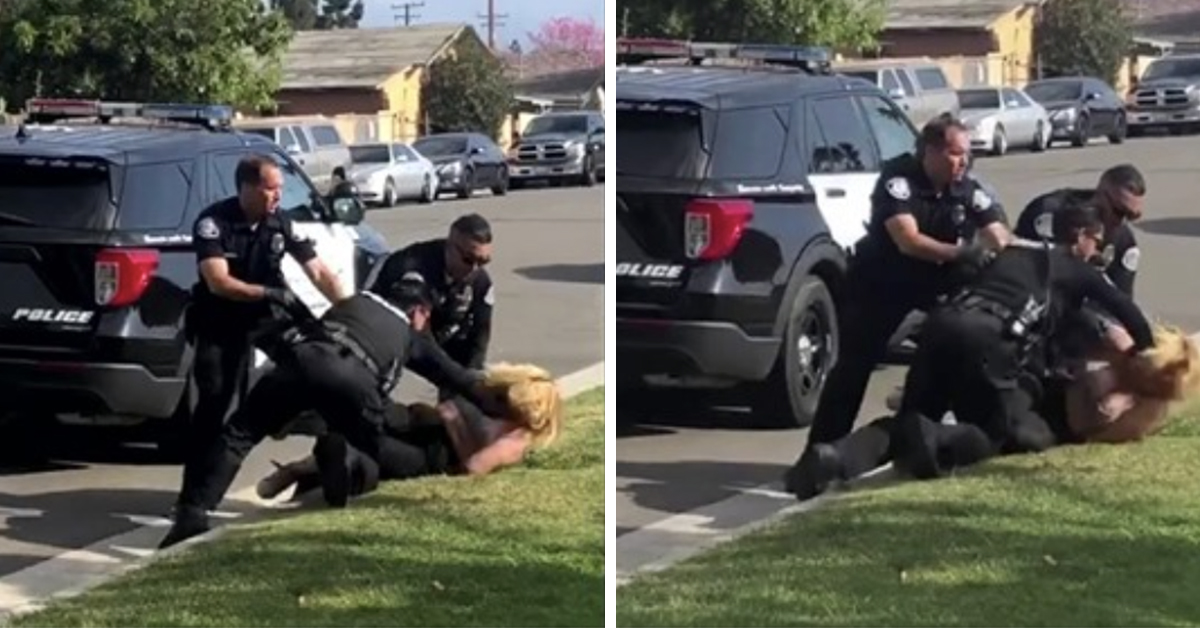 An investigation is underway after two police officers in Westminster, California had to intervene to stop a fellow cop who was punching a handcuffed woman who, according to her brother, has schizophrenia, during an arrest.

As per reports, the arrest in question took place on Wednesday at around 4:45pm and was captured on a cell phone video. Law enforcement officers had been dispatched to the area regarding a call of an assault with battery.

Fox11, citing the police, say that the 911 caller claimed a female Hispanic adult had assaulted an Asian woman after the latter tried to rescue a dog running in the street.

The offending woman was identified as 34-year-old Ciomara Garcia, of Westminster. Officers investigating the matter learned that she had an outstanding felony bench warrant for vandalism, and so detained her.

Yet while police were waiting for paramedics to arrive, Garcia is said to have become non-compliant and combative.

The video above shows her handcuffed between two officer sitting on the curb, before she goes on to kick a male officer in the groin. In retaliation, said officer is seen punching Garcia twice before his two colleagues can restrain him.

The witness who took the video claims that the police’s version of the initial events may not be entirely true. They say instead that Garcia was out walking when she grew fearful that a woman approaching on a bike was going to run over her dog.

The woman is said to have “took it the wrong way” and grown upset.

The bicyclist returned five minutes later with police officers. The witness alleged that the bicyclist told officers that Garcia hit her, but that she had not done so.

Family members, meanwhile, say Ciomara Garcia is bipolar and has schizophrenia. “I think they could do a better job since they already have history with her, they already know her,” her brother said.

Garcia was booked on her outstanding warrant, while the officer seen punching her was placed on immediate administrative leave pending an investigation.

I don’t know about you, but I sincerely hope the investigation gets to the bottom of this.

Share your thoughts on what happened in the comments box on Facebook, while sharing this article to help us encourage healthy debate.