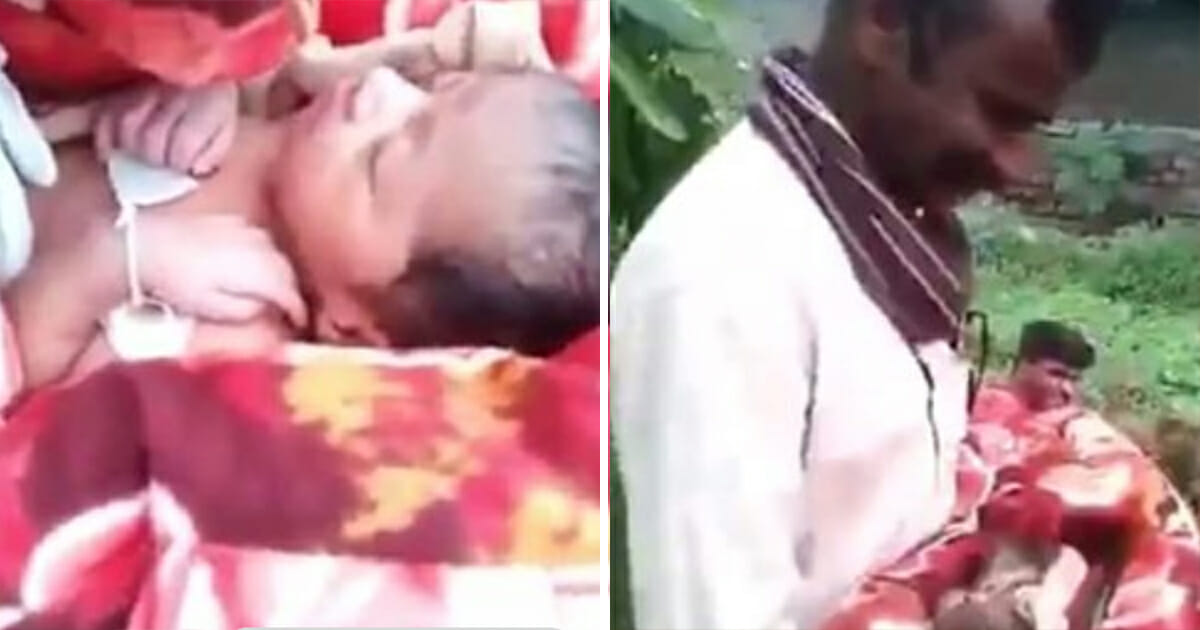 For the vast majority of people, welcoming a baby into the world is a momentous occasion filled with unbridled joy and promise.

Sadly, for reasons unbeknownst to the masses, there remain would-be parents in some parts of the world ready to abandon their young ones.

Startling footage has emerged showing the moment Indian police rescued a baby girl being buried alive by her family.

The video, captured on a mobile phone, shows the moment police challenge a man holding a baby wrapped in a blanket while another man attempts to dig a hole in the ground nearby.

As per reports, it’s since been confirmed that it was the baby’s grandfather who was attempting to bury the infant in Hyderabad, India.

As per NDTV, an unnamed police officer said: “This morning, an auto driver at the Jubilee bus stand ground noticed two persons with a bag in their hand. They were digging a pit in the ground.

“Looking at the scene the auto driver immediately reported about the incident to police.”

Police had initially been tipped off as to the event by a taxi driver. When confronted, the two men told officers the baby had already died, though the baby could be seen moving underneath the blankets.

Both men were detained by police, while the baby is undergoing treatment in hospital. An investigation is still underway.

Unfortunately, the killing of baby girls remains a big problem in India, where females can be seen as a financial burden due to the dowry to be paid when they get married.

A recent UNICEF study found that 500,000 unborn baby girls were being aborted each year, a figure as terrifying as it is completely unacceptable.

We’re sending all our prayers to this little baby in the hope that she pulls through!

Share this article to help raise awareness on what is obviously a huge issue.