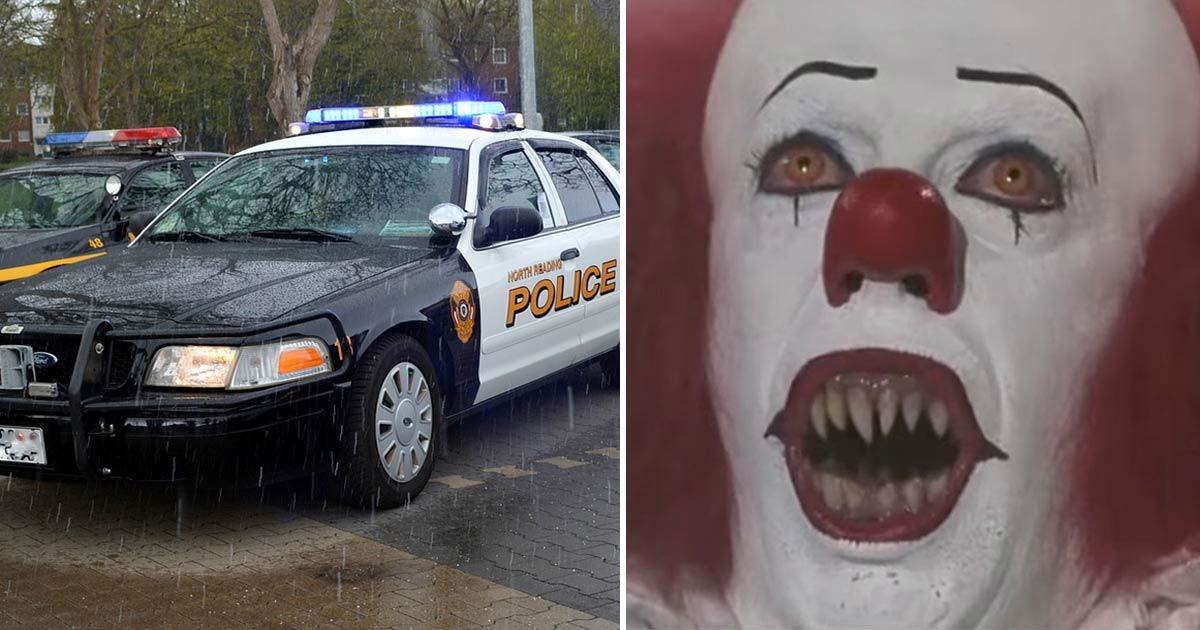 You might recall last fall, the police had a problem with the trend where people were dressing up as scary clowns — as a way to frighten people who were out walking home alone at night or out with their dogs.

Police are now warning that the trend might reappear again along with the premiere of the movie ‘It’, based on the classic horror novel by Stephen King. The movie opened in cinemas this week.

Last year saw the phenomena ‘The 2016 clown sightings’ were there were numerous reports of people dressing up as scary clowns across United States, Canada, and then other countries.

The first case was in South Carolina where a 9-year-old boy told his mother that two men dressed as clowns had tried to convince him into woods. Most of the cases were pranks but others were more serious.

With the new launch of the remake of Stephen King’s horror classic “It”, police authorities have begun to send alerts to the public, suspecting that the horror clown trend might be back will again.

“It is anticipated that ‘creepy clown’ sightings could be reported starting as soon as September, in part due to the fact that the movie IT will be released in theatres,” The Pennsylvania State Police department has issued in a statement.

I would be completely terrified if I ran into a scary clown while walking alone at night — how about you?

Please share to warn others of this potential clown craze on its way!