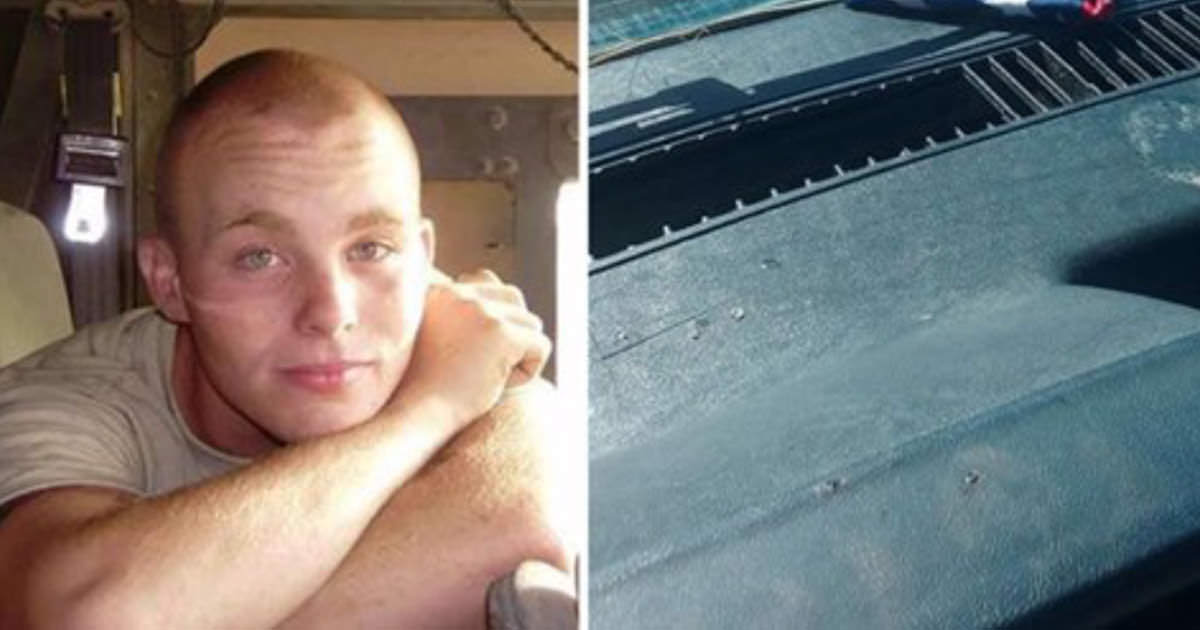 Losing a child, for whatever reason, has to be the hardest thing a parent can go through.

When William Jazwinski was out driving one morning back in April, he saw a police car flashing its lights in his rearview mirror.

William instantly pulled over. And as the police officer walked up to his truck, William rolled down his window and wondered if he had been driving too fast.

It turns out, he hadn’t. The officer just wanted to thank William for his military service.

William realized that the officer must have seen the military bumper sticker on the back of his truck.

The officer asked William where he had served, and William replied that he had been in Iraq for 15 months.

That’s when the officer started to open.

He told William that his son also served in Iraq but never came back.

William was moved by the officer’s story and a sense of sorrow came over him.

Then, the officer noticed an American flag on the dashboard. It was identical to the flag he had received when he was informed about his son’s death.

It sparked the officer to ask William an unusual question.

He wondered if he could get a hug.

“You remind me of my son. I pulled you over. I thought you were him. I still don’t believe it most days he’s gone,” the officer said.

William teared up and got out of his truck to give the officer the hug he had asked for.

But it was no ordinary hug. The two men cried and hugged, hard and long.

William had just come from a PTSD (post-traumatic stress syndrome) rehabilitation program and a hug was just what he needed.

Later, William shared the event on his Facebook page, and it has been shared almost 180,000 times.

Share if you were also moved by this story and if you’d like to thank William and the officer for their service.