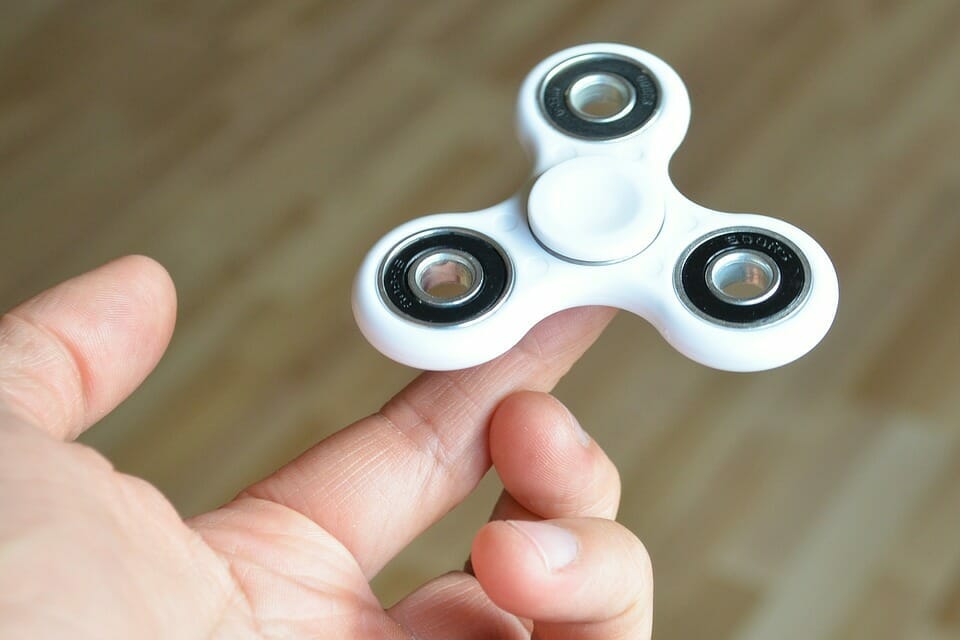 Toys are made to entertain and amuse children, never to hurt them.

Today, it’s difficult to go an entire day without seeing a kid playing with a fidget spinner. You may not know the name, but you’ll certainly recognize the toy in question when you see it.

As per the adverts, the toys are good for relieving stress – both in children and adults – and are especially helpful when used by someone who has difficulty concentrating. Others, however, argue they’re a major distraction in themselves.

Of course, children aren’t too bothered either way when it comes to such nuances. If they’re fun, they’re fun, and, from the look of it at least, fidget spinners can be hugely entertaining.

Dad John Harris recently purchased two fidget spinners for his young son and himself, according to US news source Tribunist.

After browsing online, he discovered a variety of tricks that could be performed with the plastic toys. Amongst other things, one could use an air compressor to make the fidget spinner go faster and higher.

It was fun at first. Soon, though, the laughter would become tears when the toy became a danger.

One day, his son’s fidget spinner exploded in his face. The most serious damage was done to the boy’s mouth, as he sustained a deep cut on his upper lip.

John rushed his son to hospital, where his wound required 30 stitches.

After the terrible accident, John took to Facebook to warn others of the risks associated with the toy.

“I know this post isn’t gonna be easy for some to look at, but I felt it necessary,” he wrote. “This was caused from playing with a fidget spinner and compressed air (air compressor) spraying across it.

“I was holding the spinner and the air hose when it happened. We had been playing with it for a while and all of a sudden the plastic on the fidget spinner exploded. We are at the ER now waiting to have stitches. I am sharing so no one else has the same stupid idea that I had. We were lucky it missed his eyes. It could have been much worse.”

Of course, as a parent, you want your children to have a fun and carefree childhood. However, sometimes it’s better to be safe than sorry. Be careful and always follow safety measures that accompany the toys you’re buying.

A completely harmless toy can be transformed into something dangerous if used incorrectly.

Share this article with your friends and family on Facebook so that awareness is spread concerning the risks of fidget spinners when used improperly.