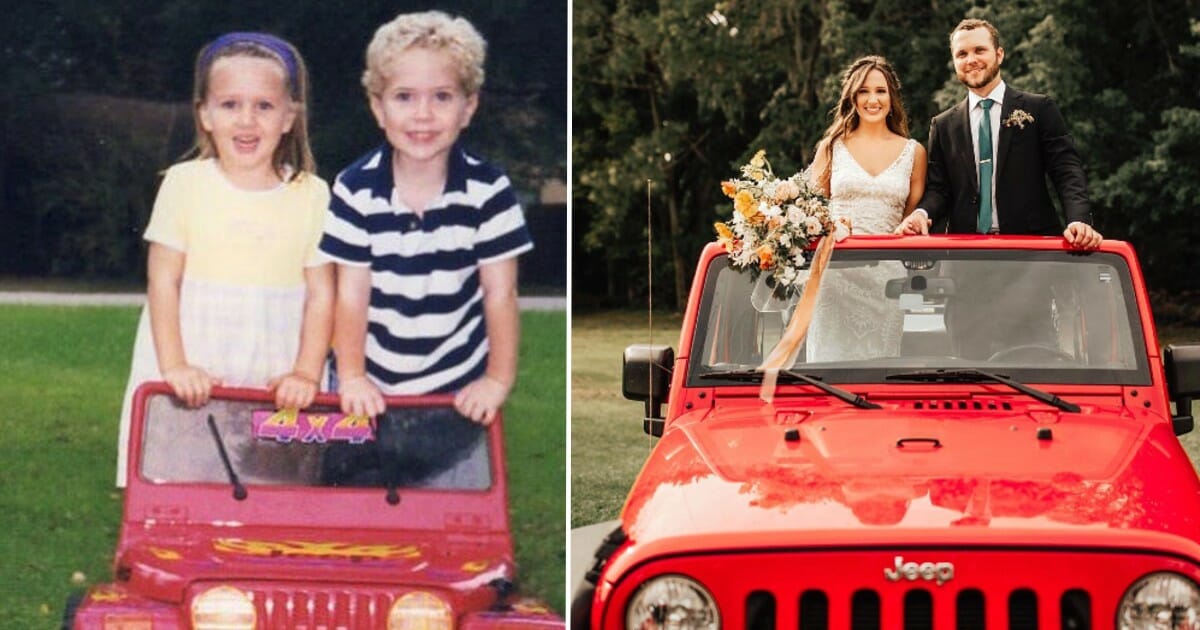 Do you remember your best friend from preschool? Are you still friends with them?

The friends you grow up with can be some of the most important people in your life, but maintaining those friendships can also be the most difficult. When you’re young, things that are out of your control can cause you to lose contact with someone you used to spend nearly every minute with. It’s heartbreaking, but reality.

When Natalie Crowe was in preschool she formed a bond with Austin Tatman. They were inseparable until Natalie’s parents divorced and she moved hundreds of miles away with her mother.

“My last memory of him is [when] we made Rice Krispy treats in his parents’ kitchen… and then we were separated,” she told PEOPLE.

She didn’t know it at the time, but it wouldn’t be her last memory.

Both Natalie and Austin grew up in Ocala, Florida and attended the same preschool. By chance they were placed in the same class, and they instantly formed a friendship.

“It’s strange when you’re that age — you don’t usually hang out with the opposite sex,” Natalie said. “But from when we were 2 until we were 5, we were constantly together.”

Although she admits she doesn’t remember much from her childhood, her parents have filled in the missing pieces thanks to a collection of photos.

“Every picture that we have — even in a group — we were together and then everyone else was on the side,” Natalie said. “I just basically have memories of always being with him, regardless of whether I remember the detail of the memory or not, I knew we were always together.”

But when she was five years old, her parents got a divorce and she moved with her siblings and mother to Connecticut.

There were moments when Natalie would ask her mother about Austin, and her mother assured her that Austin still remembered her. But the two never spoke with each other.

Until July 17, 2012 when Natalie, who was 17 at the time, found her mother’s address book and looked up her childhood friend’s name.

“As soon as I saw [his name and old address], I was like, ‘Oh my gosh, I remember him.’ There was this overwhelming feeling of ‘I better go find him on Facebook before I miss out on this opportunity.'”

As it turned out Austin lived just a few minutes from Natalie’ father’s home, and since Natalie would be visiting him in the coming weeks, the two made plans to have dinner together.

“Ever since that time, we’ve been together. It was like the second I saw him, it was a friendship that had come back to life instantly,” Natalie told PEOPLE.

A year after graduation Austin proposed.

The couple got married on April 13 in Florida. At their wedding they paid tribute to their childhood friendship by including old photos, an address book as a guestbook, and a red Jeep in order to recreate a photo the two took when they were younger.

“As amazing as our story is, I didn’t want it to be the focal point of us being together… we have this amazing story but the story isn’t what kept us together for 7 years since we’ve reconnected,” she said.

Natalie believes there was a reason she and her family moved. She admits that if they had stayed where all their family and friends were, she’s not sure if she would have ended up with Austin.

“There’s a reason I went through my mom’s archives and found an address book. And there’s a reason that we went to separate colleges,” she said. “It was kinda crazy how everything came together so perfectly, and it still doesn’t make sense to me to this day.”

When preschool bffs get married! Swipe to see the significance of the red Jeep. ❤

Doesn’t Natalie and Austin’s story read like a fairytale?

Share this article and wish these preschool sweethearts a very happy marriage!