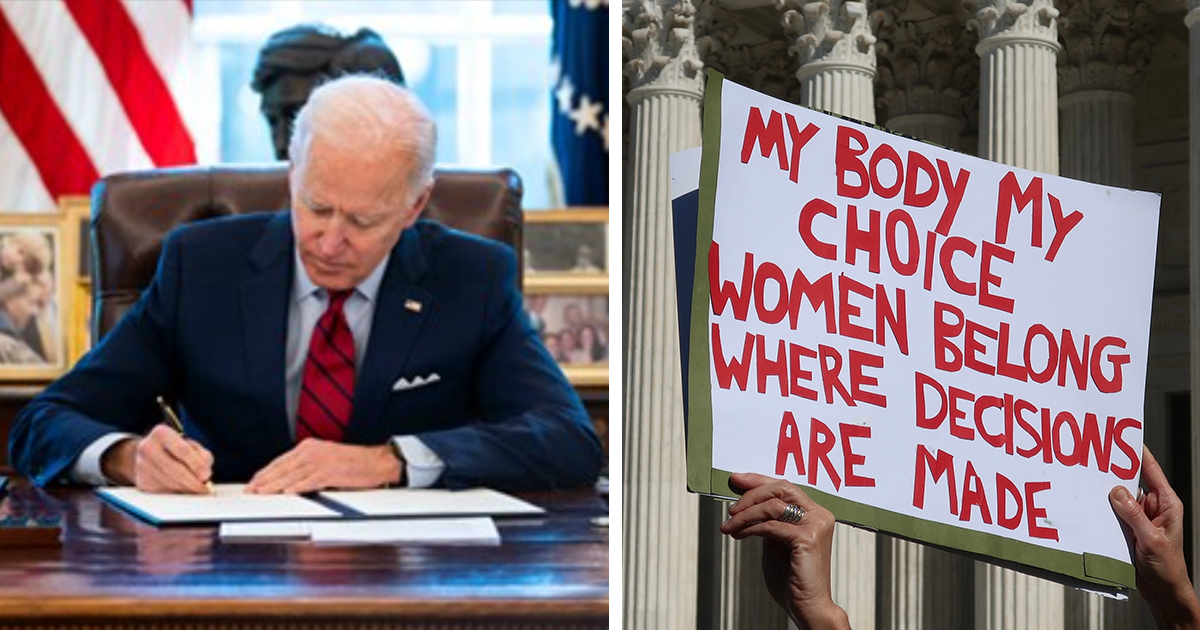 Joe Biden has only been in the White House for little over a week, but he’s certainly been a busy man where signing executive orders is concerned.

The President has been criticized in some quarters after ushering in a raft of changes to policies made by Donald Trump, including halting work on the infamous border wall, allowing transgender people to join the military, and reentering the U.S. into the Paris Agreement.

As per reports, he’s now repealing anti-abortion policies put in place by his predecessor, too.

It’s said Biden will sign another executive order reversing the “Mexico City Policy”. This will ban the spending of U.S. tax dollars on international organizations that provide abortion services.

A report by CNN outlines that the global gag rule ensuring $9.5 billion put forward by America in international aid funds that supported HIV treatment, clean water projects and child immunizations was contingent on groups agreeing to neither discuss or perform abortions.

In a statement, the White House said: “Across the country and around the world, people – particularly women, Black, Indigenous and other people of color, LGBTQ+ people, and those with low incomes – have been denied access to reproductive health care.”

Reports also state that the presidential memorandum will task the Department of Health and Human Services to reconsider the ban the Trump administration put on the Title X family planning progamme.

The federally-funded programme was used to refer patients for abortions.

He also said: “Today, I’m about to sign two executive orders … to undo the damage Trump has done.”

Biden has already made U-turns on several of Donald Trump’s policies. What do you think to the moves? Let us know your thoughts in the comments box.

Meanwhile, share this article on Facebook if you genuinely believe Biden is going to do a better job that his predecessor.