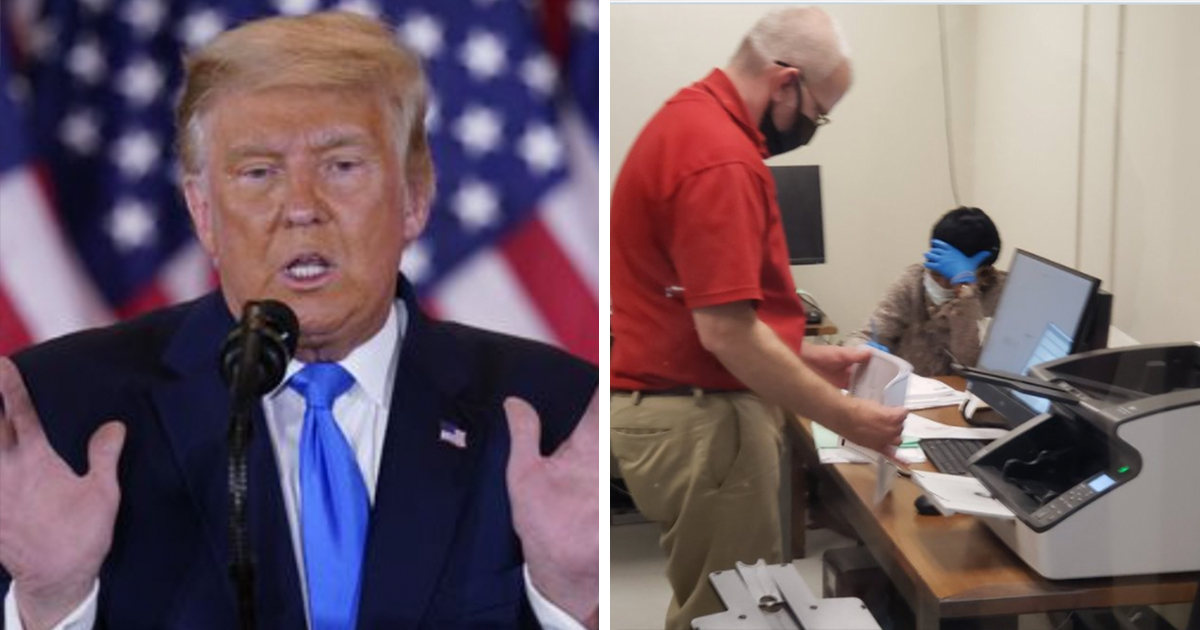 President Donald Trump broke his uncharacteristic silence yesterday during the final stages of the US election to affirm that he believes he will still “easily win”.

Despite claims that the US election has fallen prey to illegal voting yet being unverified, he appeared to continue that line of thought, suggesting there had been vote tampering and illegal counting.

To that end, the POTUS explained yesterday that if people ‘count the legal votes’ then he will emerge victorious over Democratic candidate Joe Biden.

Trump said: “In Georgia, I won by a lot, with a lead getting close to 300,000 votes on election night in Georgia and by the way you got whittled down and now it is getting to a point where I go from winning by a lot to perhaps being even down a little bit.

“They had him up four points in Ohio, the great state. The Washington post 17 points in Wisconsin and it was basically even. They were off by about 17 points.”

Not only that, but Trump accused his Democratic rivals of trying to steal the US election through tampering with votes. We must stress that there’s been an absolutely no evidence to suggest this it the case.

Trump said: “People know what is happening and they have seen what is happening. Incidents reported shortly. A tremendous investigation going on and this is a case where they are trying to steal an election, to rig an election and we cannot get that happen.

“I have a feeling judges are going to have to rule but there has been a lot of shenanigans and we cannot stand for that in our country.”

As things stand at the time of writing, Joe Biden holds the lead over Donald Trump with 264 electoral votes to Trump’s 214. The outcome will be decided by the votes registered in Nevada, Pennsylvania, North Carolina and Georgia.

I don’t know about you, but I certainly feel as though this election has so far lived up to its predicted excitement and anticipation. Who do you think is going to win? Let us know in the comments box.

Meanwhile, share this article on Facebook to keep the debate alive as the election goes into its final hours.