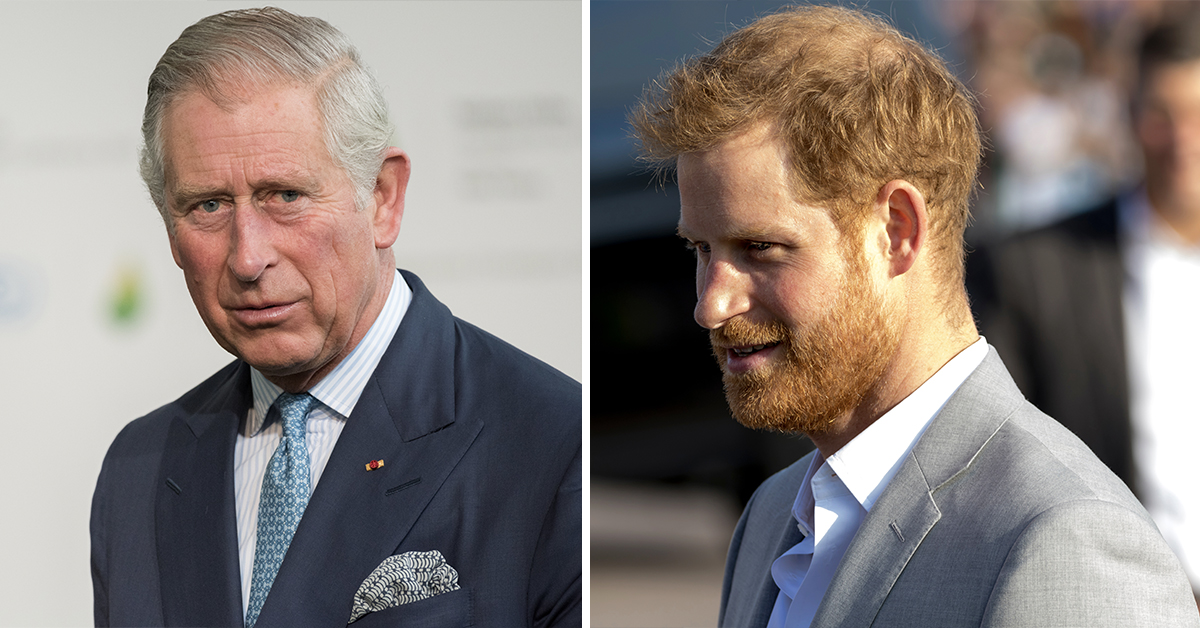 If this year has proven nothing else, it’s that there exist unseen cracks in the otherwise seemingly redoubtable ties between the members of the British Royal Family.

When Prince Harry and Meghan Markle expressed their desire to step back from their royal duties early last year, the move wasn’t seen as anything more than a bid for more freedom from a couple more interested in forging their own path than being weighed down by the notoriously heavy anchor of the monarchy.

Yet fast forward to 2021, and Harry and Meghan made it clear for all the world that they weren’t merely taking a step back so much as leaving Buckingham Palace for good. Furthermore, the reasonings behind them doing so had their roots in altogether darker depths than any could have believed.

Those roots were exposed when the couple sat down with American TV host Oprah Winfrey earlier this year.

The subsequent interview paved the way for all manner of revelations, including Meghan Markle’s claim that she had been depressed to the point of considering suicide while a senior member of the Royal Family – and received little to no help from the powers that be – and the damning allegation that another member of the family had inquired after the potential skin color of her then-unborn son, Archie.

Needless to say, the flames of controversy were well and truly fanned. Days after the interview, #AbolishTheMonarchy was trending in the United Kingdom, while Queen Elizabeth and the rest of The Firm took a good deal of stick for their perceived role in making Harry and Meghan’s lives a misery.

So serious were the allegations made, that the Queen herself promised to investigate them thoroughly.

“The whole family is saddened to learn the full extent of how challenging the last few years have been for Harry and Meghan,” the Queen’s statement at the time read.

The issues raised, particularly that of race, are concerning. Whilst some recollections may vary, they are taken very seriously and will be addressed by the family privately.

Other members of the Royal Family reacted differently. If reports are to be believed, Prince Charles, Harry’s father, was left furious at the statements made in the interview, and was of the opinion that the Royal Family should refute the claims openly.

Prince William, meanwhile, was said to be disappointed in his brother and his sister-in-law. He moved to assure the public that the Royal Family were not racists, but was perhaps most annoyed with the way Kate Middleton found herself dragged into the ugly saga by Meghan Markle.

Alas, for Harry and Meghan, their appearance on Oprah wasn’t so much of a one-time, tell-all venture as it was the beginning of their journey to set perceived wrongs to rights, and all in the light of day. Little, it appears, is to be kept under wraps.

After a period of silence, Harry appeared on Dax Shepard’s The Armchair Expert podcast, and doubled down on many of the allegations he and Meghan had made in the Oprah interview.

What’s more, he proceeded to further criticize senior members of the Royal Family, including the parenting styles employed by the Queen and his own father, Prince Charles.

Speaking on the podcast, Harry said: “There is no blame. I don’t think we should be pointing the finger or blaming anybody, but certainly when it comes to parenting, if I’ve experienced some form of pain or suffering because of the pain or suffering that perhaps my father or my parents had suffered, I’m going to make sure I break that cycle so that I don’t pass it on, basically.

“It’s a lot of genetic pain and suffering that gets passed on anyway so we as parents should be doing the most we can to try and say “you know what, that happened to me, I’m going to make sure that doesn’t happen to you”.

Speculation insisted the Queen – yet in the midst of grieving the loss of her husband of 73 years, Prince Philip – felt hurt and let down by Harry’s fresh attack. Prince Charles, perhaps to be expected, leaned more towards anger.

Indeed, rumours insist that Charles has already made up his mind to remove Harry and Meghan from the Royal Family altogether when he ascends the throne. Royal experts claim he’s long held plans to ‘trim’ the family in order to cut expenses, and if that is the case, it’s safe to say his youngest son has done his level best to get himself trimmed.

Yet with new life comes new hope, or so it would seem.

The arrival of Harry and Meghan’s daughter last week could well be the facilitator of an olive branch that seeks to restore the bridges burned by their outspokenness over the past few months.

Late on Friday, it was announced that Meghan Markle had given birth to a healthy baby girl at a hospital in Santa Barbara, California. Lilibet Diana Mountbatten-Windsor was named for the Queen and the late Diana, Princess of Wales, and reports suggest that those in Buckingham Palace are delighted with their family’s newest arrival, despite everything.

One report also states that Prince Charles and his son are well on the way to mending their relationship, and that ‘Lili’s’ arrival might prove to be the glue that seals any remaining cracks.

Charles himself was in high spirits during a visit to a British production plant yesterday.

As per Metro, he said: “The development of technology like electric vehicles, or green hydrogen for that matter for heavy transport, is vital for maintaining the health of our world for future generations, something I’m only too aware of today having recently become a grandfather for the fifth time.

“And such happy news really does remind one of the necessity of continued innovation in this area, especially around sustainable battery technology, in view of the legacy we bequeath to our grandchildren.”

What’s more, Charles and Harry are now said to be in regular contact following the media storm surrounding the claims made in the Oprah interview. As per a report in The Telegraph newspaper, the royals remain hurt by the allegations, but recognize Harry’s pain and don’t want to compound that by turning the current situation into a full-blown war of words.

I don’t know about you, but I certainly hope Harry can heal the rift with his family.

What are your thoughts on the Royal Family and their supposed treatment of Harry and Meghan?

Leave a comment in the box on Facebook to wish the couple well on the arrival of their daughter!

Meanwhile, share this article if you’re hoping that Harry and the rest of his family can make amends!