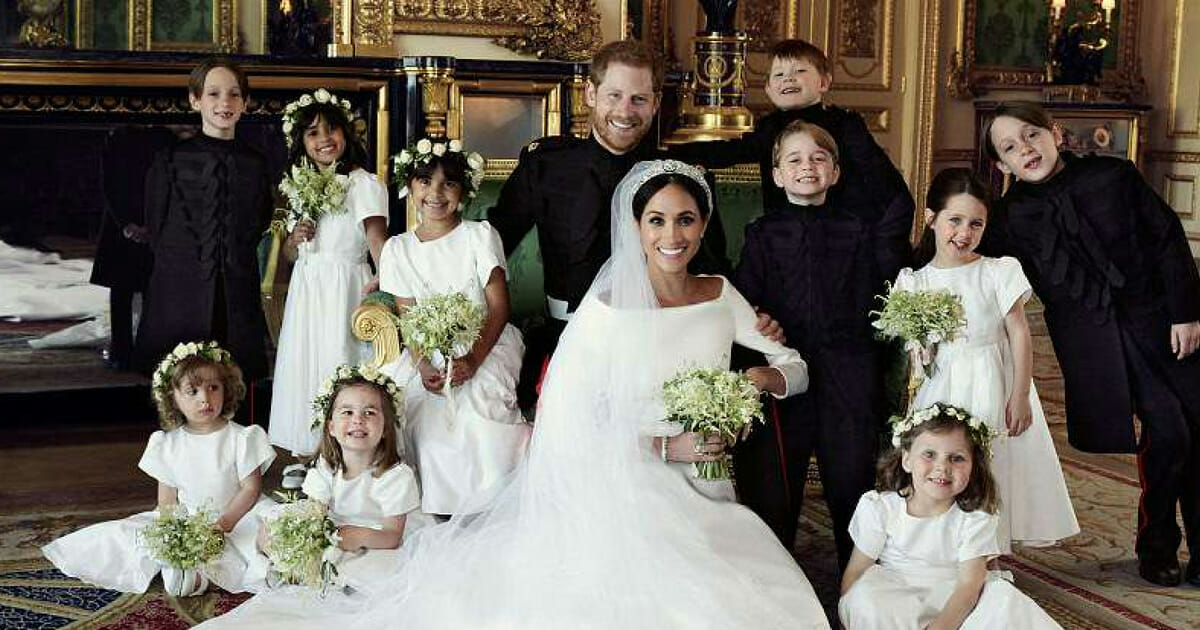 The wait is finally over for all fans of the royal family – yesterday (Monday), the first official photos from Prince Harry and Meghan Markle’s wedding were released.

The Duke and Duchess of Sussex both shine radiantly in the pictures, and it’s hard not to be infected by the love they so clearly have for each other.

But there’s one detail that stands out above all others, People Magazine write.

It was on Monday that the British court released the first official photos from the wedding of Prince Harry and Meghan Markle. The exact timing of the photoshoot remains unclear, but the joy in the images cannot be doubted.

“The Duke and Duchess would like to thank everyone who took part in the celebrations of their Wedding. They feel so lucky to have been able to share their day with all those gathered in Windsor and those who watched on television across the UK, Commonwealth, and around the world.”

The images have since been widely distributed on social media, much to the appreciation of the masses. It’s not, however, Harry and Meghan alone that people are responding to – there’s also a significantly younger member of the royal family stealing the show!

Enter Prince George, Harry’s nephew and the heir to the British throne after his father Prince William.

William and Kate’s eldest son is seen flashing a winning smile, with people suggesting that he’s a true natural in front of the camera.

George was one of Meghan’s page boys in the church, and in the portrait he takes a place directly to the right of the bride. You can see just how proud and confident he is!

Of course, he’s not alone in the photo. Ivy Mulroney, daughter of Meghan’s best friend, and Jasper Dyer, the son of one of Harry’s closest friends are also there. Then there’s Prince George’s sister, Princess Charlotte, on Meghan’s other side – she actually does a good job of mirroring her brother’s smile.

Prince George turning the charm on is in stark contrast to earlier reports from British papers suggesting the youngster had been shy when photographed at the actual ceremony. People magazine noted: “George was a little shy during the ceremony itself, holding onto dad William’s hand as he stood on the steps of St. George’s Chapel with the rest of his family, tucking himself behind his dad’s legs as thousands of well-wishers cheered from the bottom of the chapel steps. But once he got behind the castle walls, he showed off his outgoing side.”

At the same time, another photo from the shoot was released – one where Meghan proudly poses next to her mother, Doria Ragland. Queen Elizabeth, Prince Phillip and Harry’s father, Prince Charles, also appear in this historical picture.

The Duke and Duchess of Sussex have released three official photographs from their Wedding day. This photograph was taken by photographer @alexilubomirski in The Green Drawing Room of Windsor Castle, following the carriage procession #RoyalWedding

Congratulations to the newlyweds. Please share this to wish Harry and Meghan the best of fortunes in the future.

The Duke and Duchess of Sussex would like to thank everyone who took part in the celebrations of their wedding on Saturday. They feel so lucky to have been able to share their day with all those gathered in Windsor and also all those who watched the wedding on television across the UK, Commonwealth, and around the world #RoyalWedding