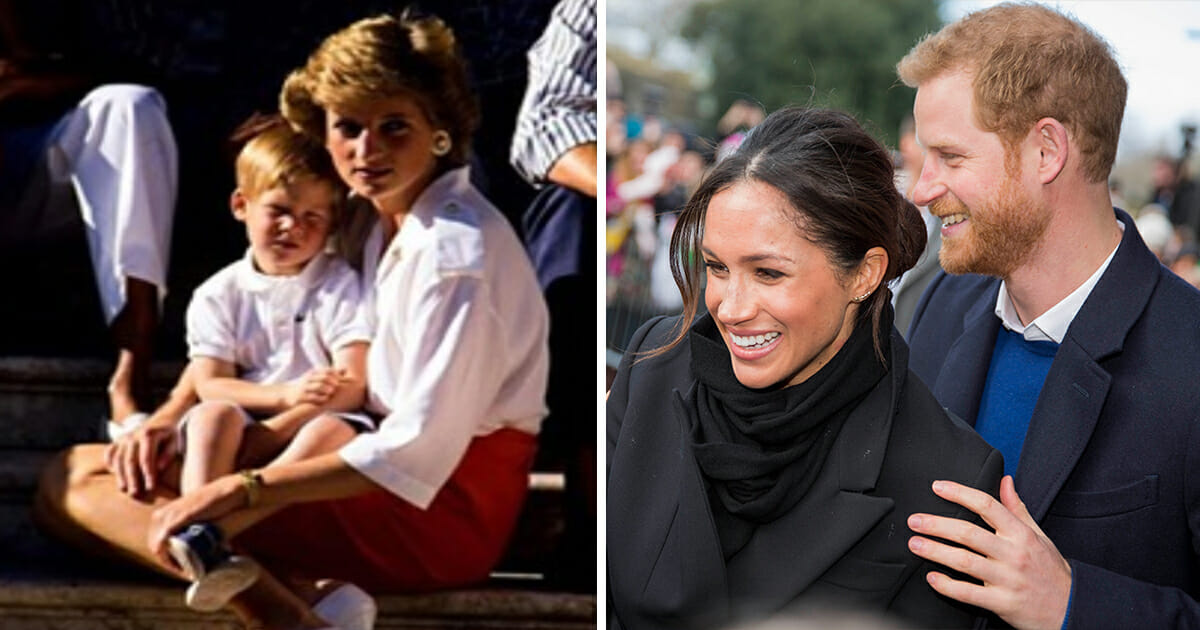 There’s been much and more said and debated in light of Prince Harry and Meghan Markle‘s decision to step back from their royal duties.

The couple announced earlier this year that they will be leaving their roles as “senior members” of the British royal family, having decided it was best for them and their family moving forward.

Prince Harry recently delivered a farewell speech while attending a banquet for Sentebale, an organization he has been a patron of for years, and made the decision to include his late mother’s words in his speech.

The fact that he harnessed Princess Diana’s own words wasn’t missed online.

“Together, you have given me an education about living,” Prince Harry said, of his and Meghan’s decision to step away from the royal spotlight.

Coincidentally, Harry turns 36 this year, the same age as Princess Diana was when she died.

Diana announced back in 1993 that she would be moving away from her duties in the royal household shortly after her and Prince Charles had announced they were separating.

The late Princess of Wales was attending an event for Headway, one of the organizations she was involved with, when she said: “In the past twelve years, I can honestly say, that one of my greatest pleasures has been my association with people like yourselves. During those years I have met many thousands of wonderful and extraordinary people, both here and around the world. The cared for and the carers.

“To the wider public, may I say that I’ve made many friends. I’ve been allowed to share your thoughts and dreams, your disappointments and your happiness. You have also given me an education. By teaching me more about life and living than any books or teachers could have done. My debt of gratitude to you all is immense. I hope, in some way, I’ve been of service in return.”

Many thought it was touching that Prince Harry decided to echo his mother during his own farewell speech. Both he and Prince William have worked tirelessly to continue Princess Diana’s legacy of compassion and love, and their efforts have endeared them, in turn, to the public.

Reports speculate that Harry and Meghan made their decision to step back from royal life as a result of an unfair and, frankly, despicable campaign by the mainstream British media. Harry knows first hand how dogged and insensitive the tabloid press can be, so it’s no wonder he took a route that will work out best for his family moving forward.

I can’t wish Prince Harry and Meghan Markle enough success in their future. I hope the pair go on to lead happy, fulfilled lives with their children, and I hope the press leave them to it.

Share this article on Facebook if you’re proud of the man Prince Harry has become, and if you think Diana would be proud too!