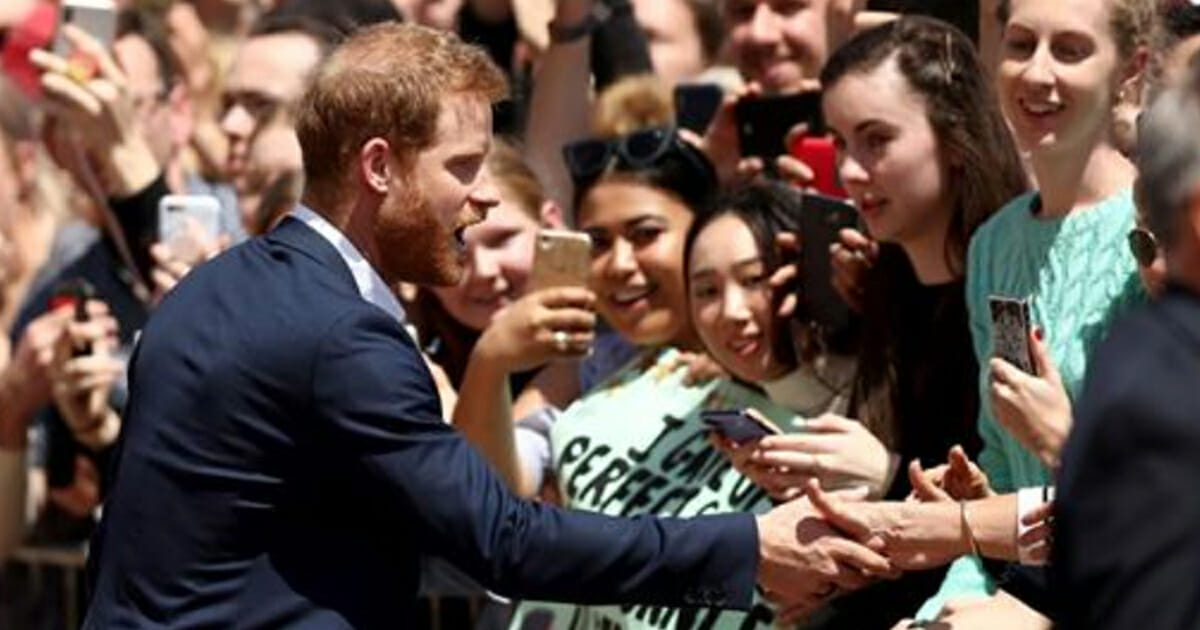 Fresh from the delightful news that they’ll welcome their first baby in spring, 2019, it’s no surprise that Prince Harry and Meghan Markle are firmly in the spotlight.

With their first royal tour underway together, the couple – who wed earlier this year – have found smiling faces and adoring fans everywhere they’ve gone.

But even in the midst of the packed crowed gathered to see the pair at the Taronga Zoo, Sydney, they couldn’t miss Matt De Groot.

De Groot came armed with what he believed to be a sure-fire way of attracting the attention of Meghan, though it was Prince Harry who spotted his efforts first …

As per People, De Groot was one of hundreds of members of the public keen to congratulate the royal couple on the news that they will soon become parents. To separate himself from the crowd, however, he carried a gigantic bouquet of flowers.

“I was chasing the Royal couple to try to hand them the bouquet as a gift from Fitzy & Wippa; it was our way of saying Congratulations on the new bub, but none of us really thought I’d succeed,” he wrote for Honey.

“I’m told Royal protocol suggests smaller flowers are better as they can be handed directly to the Princess, but we thought size matters so let’s go big. And it worked.”

According to De Groot, Harry was the first to notice the gift. He then drew his wife’s gaze to them and the two headed over.

“It all happened very fast, but it was clear and surreal,” the fan recalled.

“First, one of Meghan’s Royal entourage came to me to say ‘the Princess thinks they are beautiful and she’d love to take them.’”

Prince Harry himself joked that the flowers were too much to be handed to a married woman. “You can’t give flowers that big to my wife? What’s that all about?!” he told De Groot.

Not going to lie – his hands were bigger than expected. My new ‘ol mate was a delight to hang-out with; I’m just waiting on his text for beers in Kirribilli. #PrinceHarry #TheRoyals #Mates #MeghanMarkle

De Groot, meanwhile, admitted to being unsure how to respond.

“I was underwhelming,” he admits. “One thing I do know is that while my moment was brief, it was genuinely powerful. He made a clear and specific note to make eye contact and had a firm handshake – and as I say, he had surprisingly big hands. Thick, with large fingers and importantly, they weren’t clammy.”

We’re so happy to see Prince Harry and Meghan Markle doing well! Here’s to hoping they enjoy the rest of their royal tour and welcome a healthy baby to the world next year.

If you were pleased to hear the news concerning Harry and Meghan, share this article to spread the love!