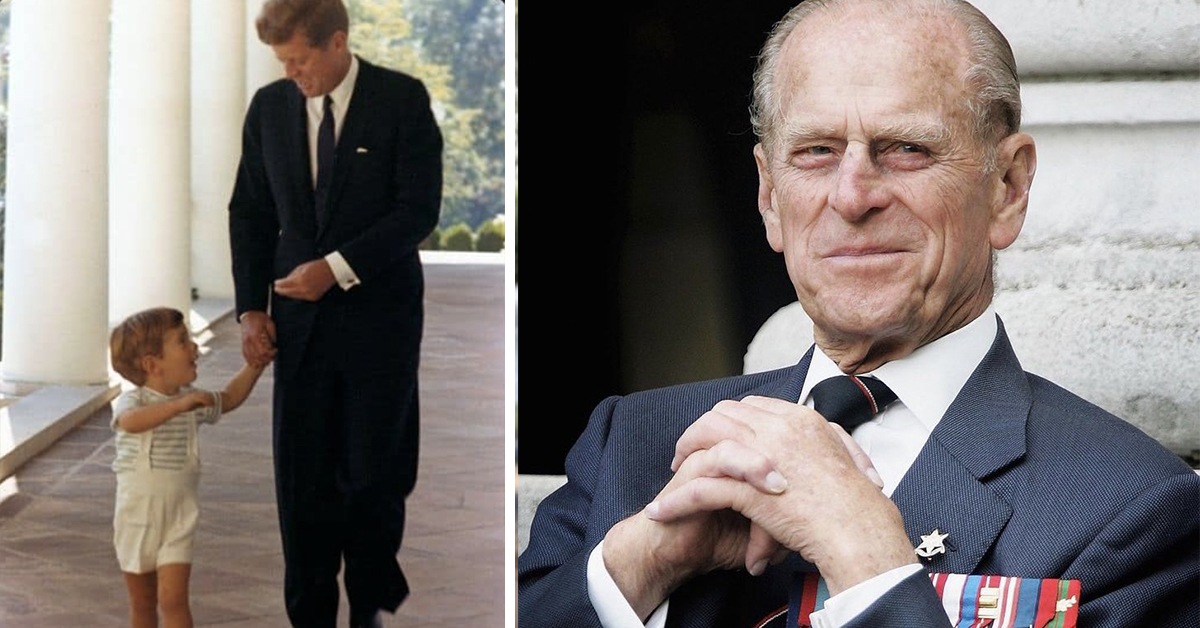 As a nation mourns the death of Prince Philip, the Duke of Edinburgh, tributes pour in from around the world.

Many of these tributes are helping us form a picture of the man he really was as the public only saw a very private man dedicating his day-to-day life to serving others.

The prince’s longtime friend and biographer Gyles Brandreth revealed that one of his rules in life was to never talk about yourself and his advice to his children and grandchildren was to never give personal interviews.

But as stories are shared about the prince a different picture of the man we thought we knew is emerging.

One poignant memory was shared by author Paul Brandus who tweeted an anecdote from the book “The Death of a President.”

He recalls the moment Queen Elizabeth‘s husband flew to Washington for the funeral of John F Kennedy after he was killed in 1963.

“A story about Prince Philip, who died today at 99,” Brandus writes in the tweet. “The weekend of the Kennedy assassination, he flew to Washington for the funeral. At the White House on Sunday, Nov. 24, 1963, Jacqueline Kennedy was looking for John Jr. and opened the door to his playroom.”

He continues, “There she found the Prince sprawled on the floor, playing and laughing with the murdered president’s son. Days from his [3rd] birthday, John had said earlier that he “didn’t have anybody to play with” (also: “where’s Daddy?”) and her Majesty’s husband decided that he would entertain the boy. RIP.”

It seems the troubles Prince Philip experienced growing up has given him a great empathy for children who suffer loss and trauma.

Born in Corfu in 1921 he was the youngest child and only son of Prince Andrew of Greece and Denmark and Princess Alice of Battenberg. At the age of 8 he was separated from his parents and four older sisters after his mother had a mental breakdown.

To see a child who had just lost his father playing on his own in his room must have struck a chord with the prince who also had a lonely childhood without his parents.

It seems Prince Philip never forgot John F Kennedy Jnr as Brandus also shared a photo of Philip holding the boy’s hand a year and a half later during a ceremony in Britain.

“In May 1965, the British government gave an acre of land to the United States for a memorial to the murdered president at Runnymede – site, 750 years earlier, of King John signing the Magna Carta. Here, John Jr. holds hands with his Mom and the Prince,” he captions the photo.

Sadly the child Prince Philip comforted all those years ago lost his life at 38 years old after the plane he was flying along with his passengers wife Carolyn Kennedy and sister in law Lauren Bessette crashed in 1999.

Images of Prince Philip as a doting father have also been shared; he has four children, 8 grandchildren and 10 great-grandchildren.

As a grandfather he also became a strong support system for Prince Harry and Prince William after they lost their mother Princess Diana in 1997.

The brothers were just 15 and 12 years old when they walked with their mom’s casket during her state funeral in 1997.

It was their grandfather Philip who was there with them every step of the way; according to reports the duke wasn’t meant to walk behind the casket but did so to support his grandsons who were reluctant to do so.

Now, following Philip’s death, Harry and William are expected to walk beside their grandfather’s casket as they did for their late mother at his funeral on Saturday.

It seems only right that so many positive stories are being shared about Prince Philip; we all need to be reminded that above all he was a loving father, grandfather, and great grandfather with so much to give to the younger generation.